Shame! I have bought a whole book with 45 trips in Vall de Boi but none fit the bill..I needed a south face one to catch the good corn snow instead of the all-day firm snow.  There were beautiful north face´s options but today wasnt the day to really enjoy them. But still I wanted to do something in this valley so I though this peak was a good choice. At the very worst I could go up and down on pistes...

I set out from Boi Taull parking at 1950m. First, I avoided pistes as much as posible and managed to get the 2500m of height with barely put a foot on a piste. 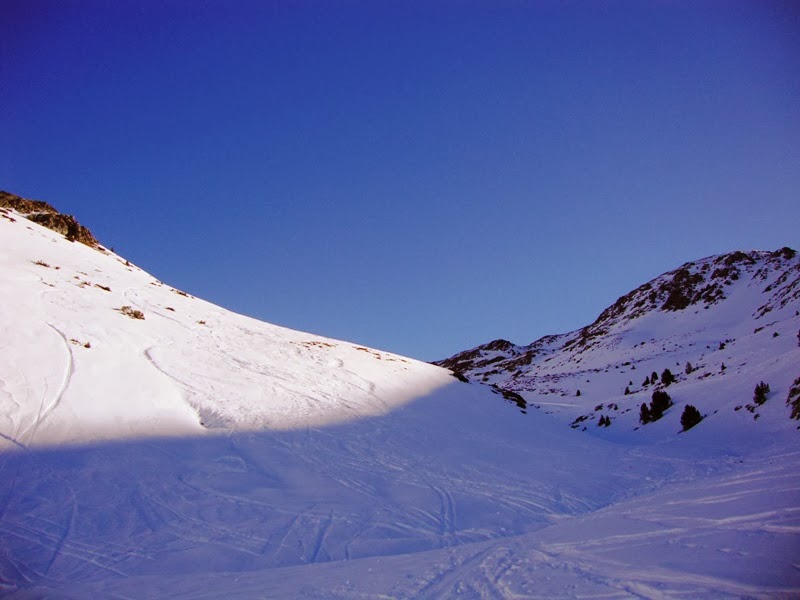 From here I had to go up along the only possible way to the summit: this circle ridge over which was a piste obviously. 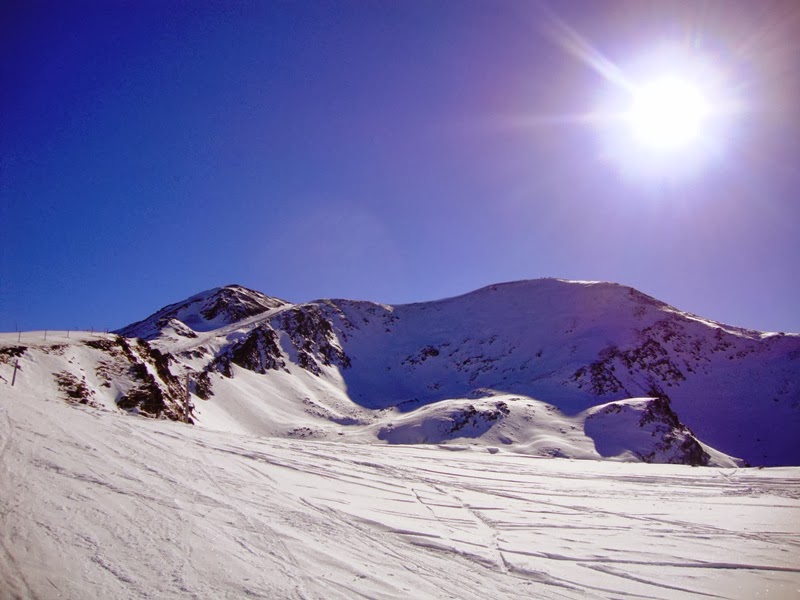 Then summit. This is the highest point of Boi Taull ski resort, and also of any ski resot in the Pyrinees which is quite funny because the resort is almost at the "beginning" of the Pyrenees. As I said, this is one of the first high elevations of the Pyrenees. The view southwards was the fog over the Lleida´s flatland. 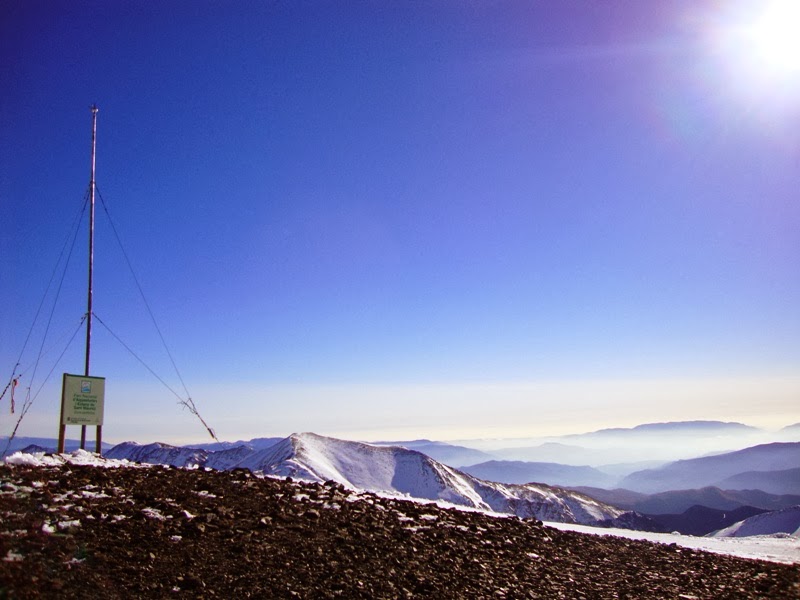 The thing is I have to came back again and enjoy some of the goods "randonee" here...This wasnt nearly enough!!
Publicado por Carlos No hay comentarios:

Happy New Year for anyone who stops and reads this blog!!

In this first trip of 2014 I came to Aran valley as it would be surprinsingly weird to have gone elsewhere...haha. During this Christmas I spent to wonderful days on pistes. One day in Baqueira an another in Espot ski, both days first clear day after snowfalls so was worth paying the skipass.

Tuc de Salana was in my bucket list of last year but the road is normally either snowy or icy so I had always left it for "the next time"...So next time was this Saturday and set out to enjoy some solitude and nature (obviously not a great descent after 2 weeks of southern stream).

This guy was training for the dog sled championship next month in the Dolomiti. 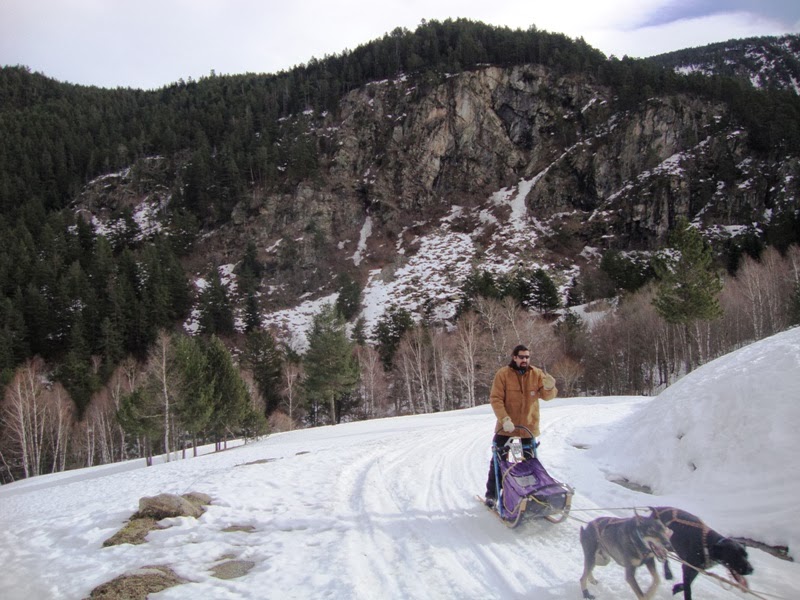 If I was Thoreau that would have been my hut... 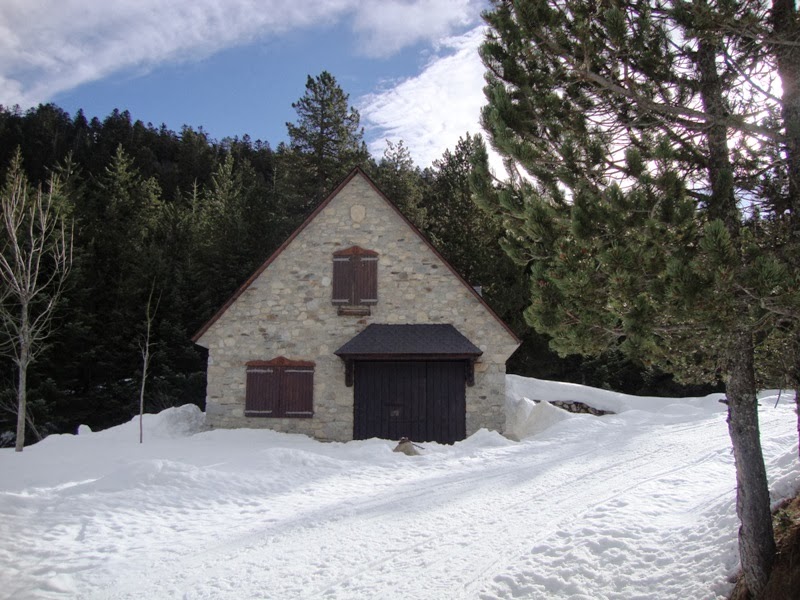 At that point I turned right and went into a pine forest. 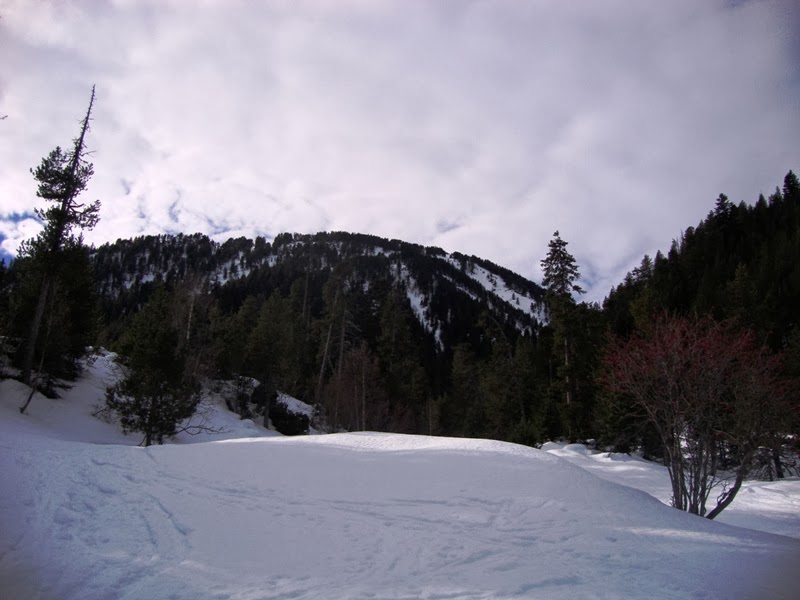 As usual, beautiful place. Despite my fears, the snow wasnt hard. I even skinned up without crampons all the time. 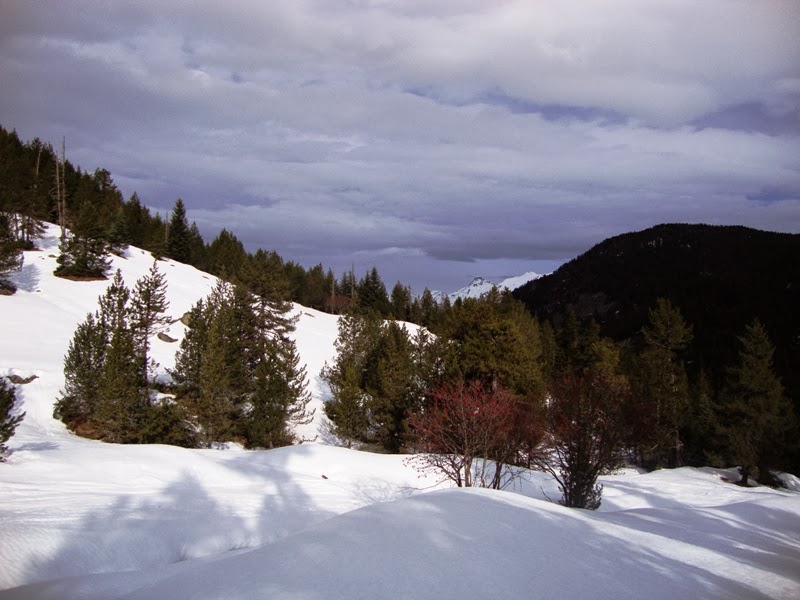 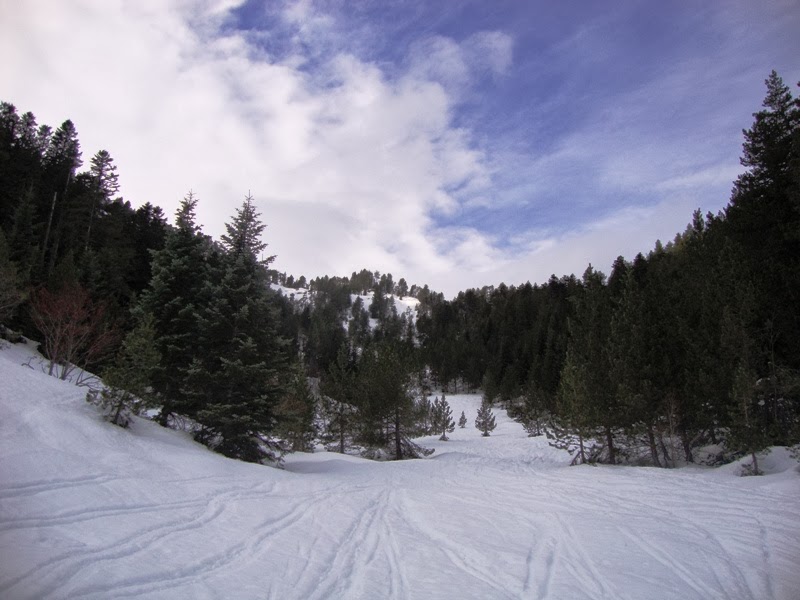 Nature and solitude...exactly what I was looking
for! 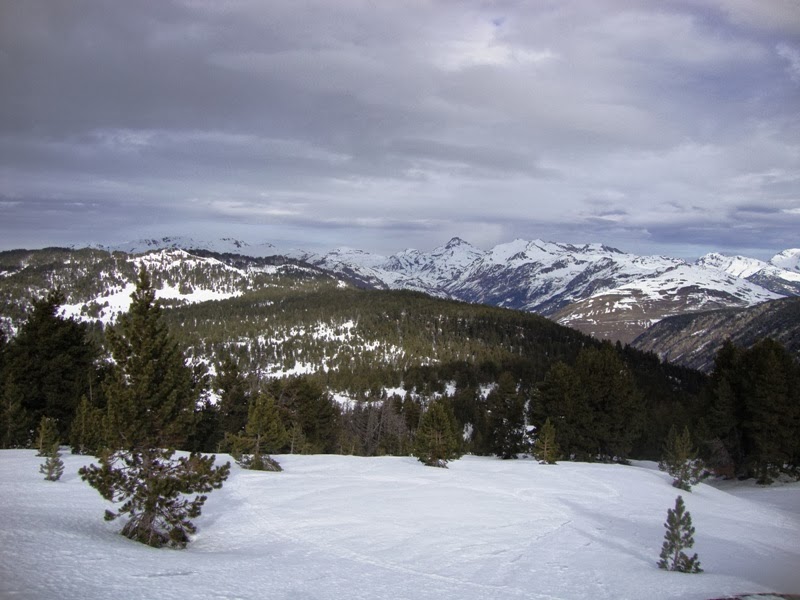 Frontwards a group of French skiers and the summit of Tuc de la Salana. 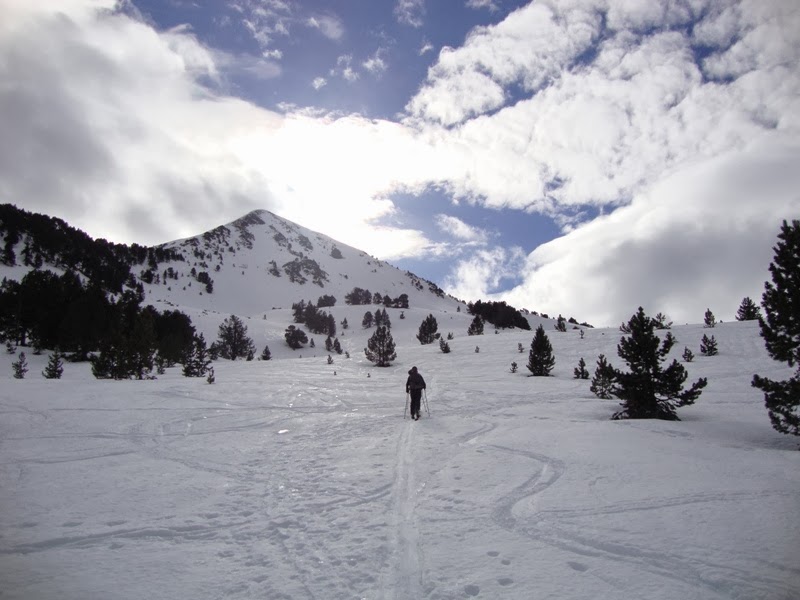 Montarto seen from the ridge. That was my last trip with the splitboard in Aran last year... 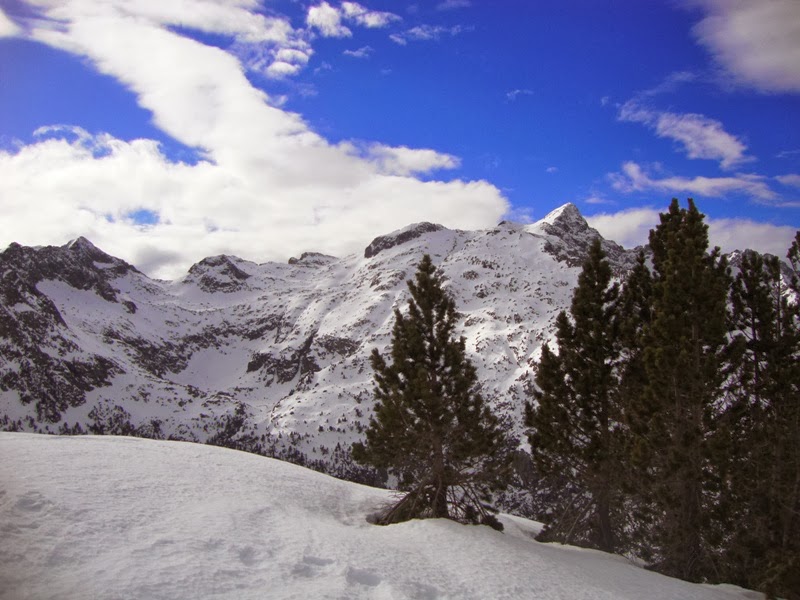 And summit! Colomers area at the background. 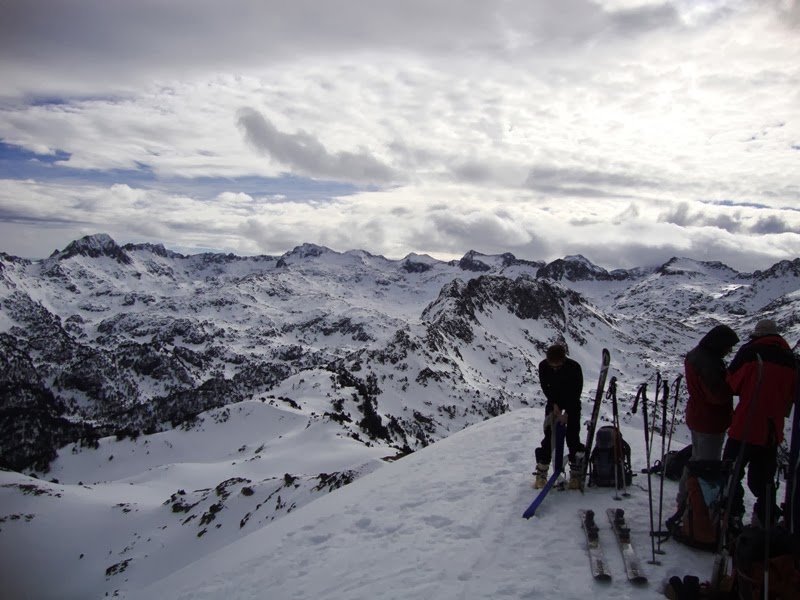 The snow wasnt bad to go down either, but this has to be a really great one with good snow! A first part with open slopes and some scattered pines... 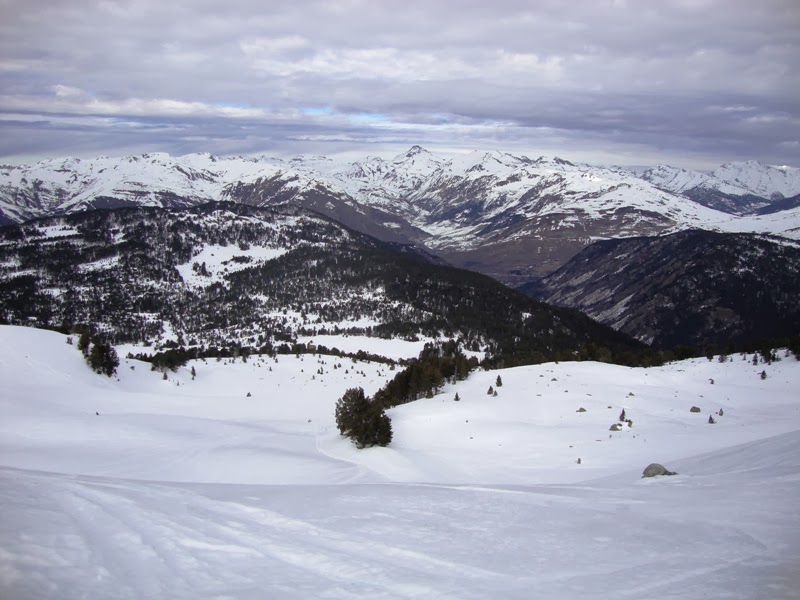 Giving pass to the "tube" I had gone all the way up during the ascent... 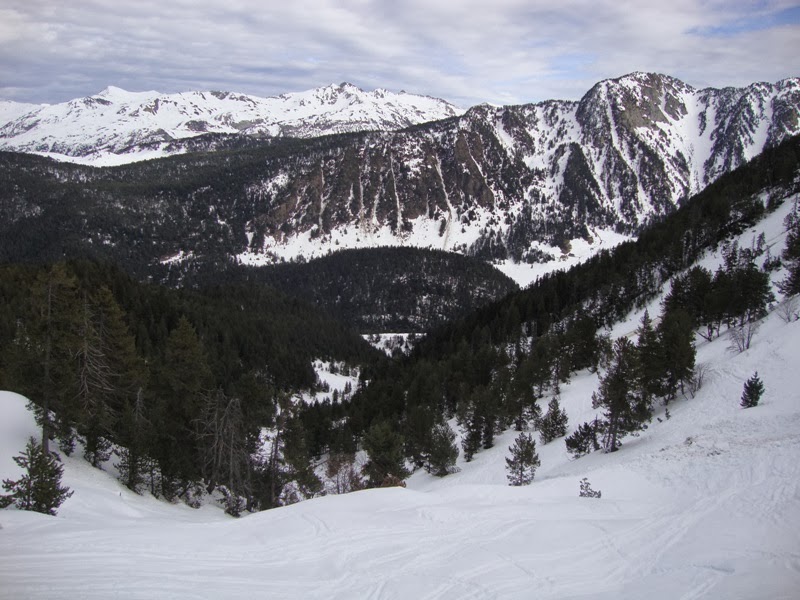 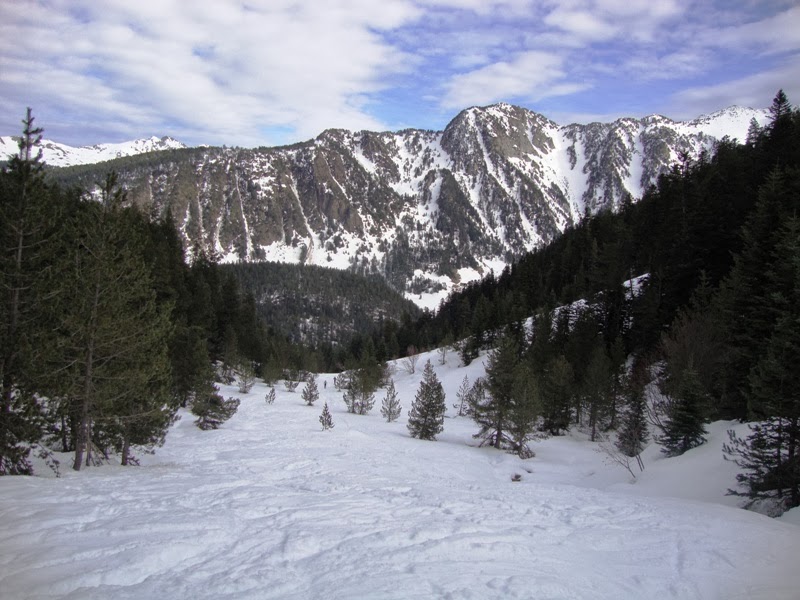 Beautiful place as I expected it to be...The following day I decided to give a chance to Vall de Boi which lays in the south side of the Pyrenees. Anyways, unless it snows I wont find greater conditions in the north side....so good opportunity to discover and scout new zones.
Publicado por Carlos No hay comentarios: