For this second day of the weekend I wanted something longer than the previous day. Among all the options Tuc dera Pincela set as the best one given the snow conditions and the timing. Despite its very popular, it is also quite dangerous with medium or high risk of avalanches. This weekend was level 1.Its timing also met my idea of 5h trip.

The first part is along the river and is completely flat. That kinf of "coll" at the background is where I had to head. That is at 1900m. I didnt wake up early because I knew the later the better to skin up over that icy part in the morning (at least with the splitboard). 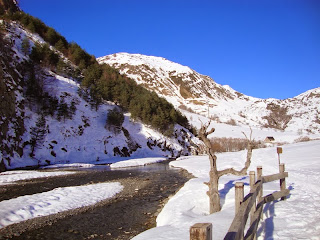 From that coll I turned left following a path that raised steadily. To be honest, there are much more beautiful ascents in Aran than this one: no trees, no open view...The good thing is that this north face has surprinsingly kept the snow in almost fresh conditions.. 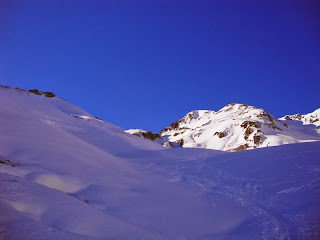 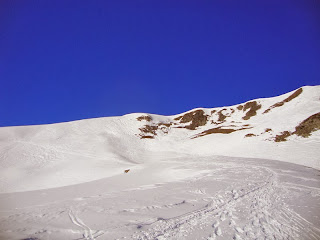 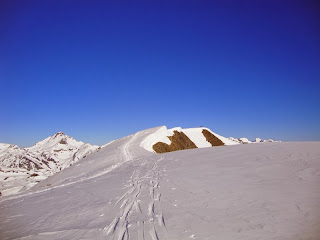 And summit together with a French skier. 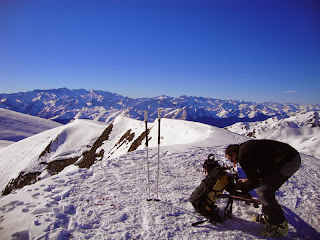 I dont have many pictures, but very rewarding descent down to the river. 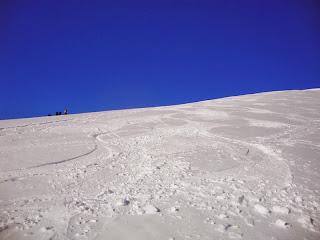 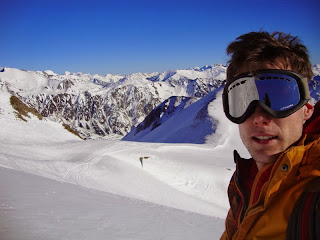 Good turns in many slopes... 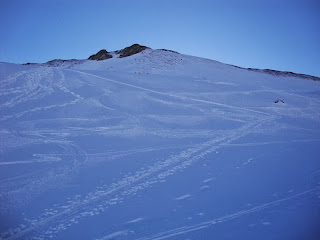 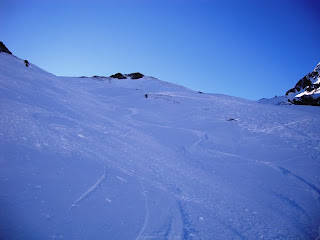 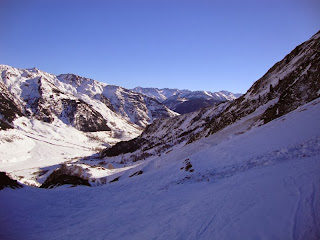 Back in flat terrain I splitted my board up and had an entertaining time trying to cross the river not using the bridge as I saw some skiprints. The stream wasnt strong and it ended successfully. Maybe the best of the day! Good feeling at the shade just trying to overcome a nature´s barrier! 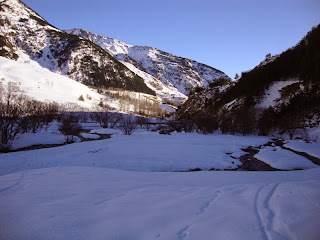 To sum up, the day met the expectations. Around 1150 of vertical drop just darken by the last flat part but thanks to the splitboard it became a pleasent walk. Now, its snowing again!! .
Publicado por Carlos No hay comentarios:

It´s been many sunny days since first of December. The anticyclone spreads all over this area of Europe bringing clear skies and warm temperatures. What would be a nervous wait without snow, becomes an endless period of days one after the other to fulfill these goals -understandable for the majority of people- that we ourselves set to do.

Although I wasnt unlucky this weekend when it comes to the weather issue I have to say that the only front in the last 12-15 days had to pass on Fryday night that´s why it was still cloudy in the morning.

The ascent is easy and  probably one of the most crowded, but not lacking of beauty and worth visiting. 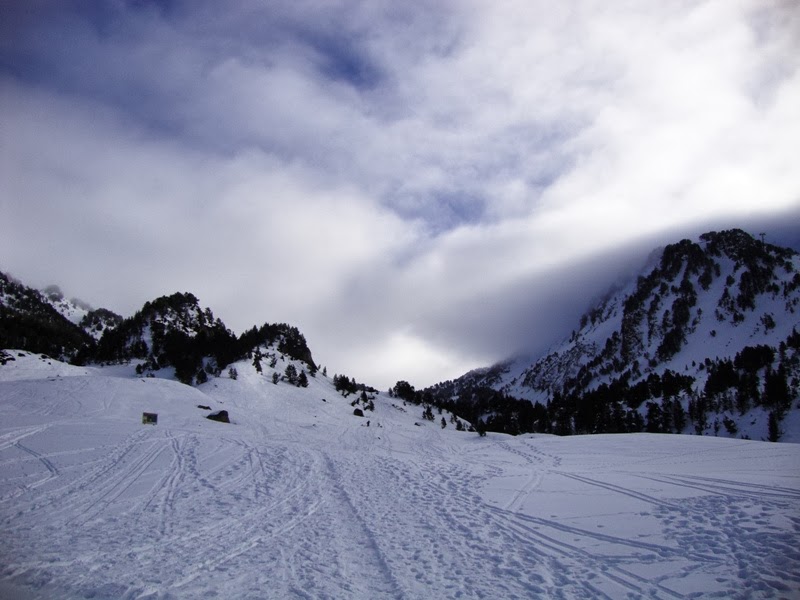 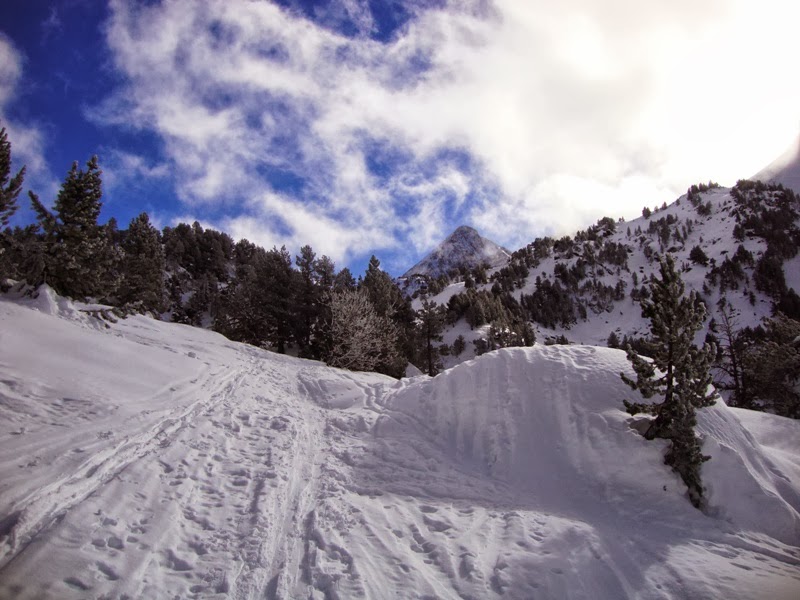 Last year I came here but I ended up going to a secondary summit. To avoid going up the same way I made it longer up to a lakes now frozen. I was full of energy...the scenary was especially beautiful with the clouds rapidly moving up to disappear and the snowpack was in line with my mude to skin up with a thin layer of recent snow. 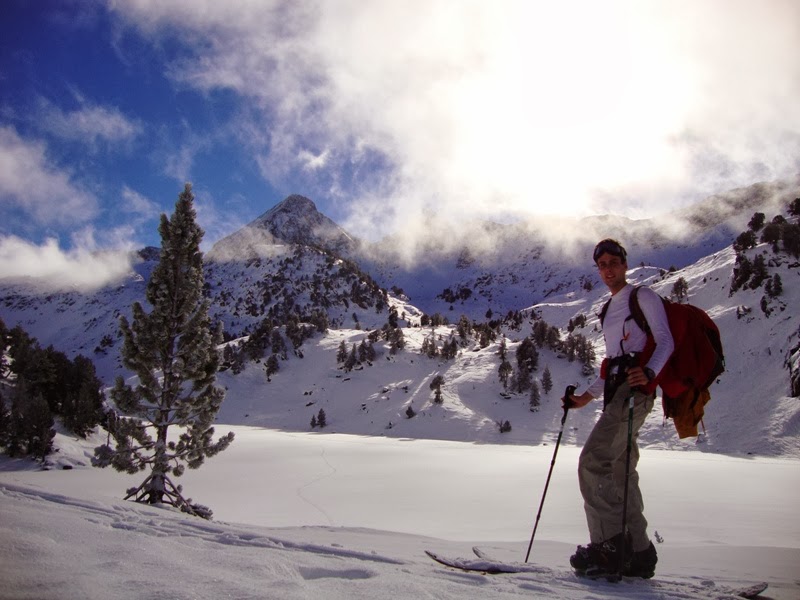 Tuc de Vaciver is the furthest white summit. In order to get there I first have to overcome that rocky slope. 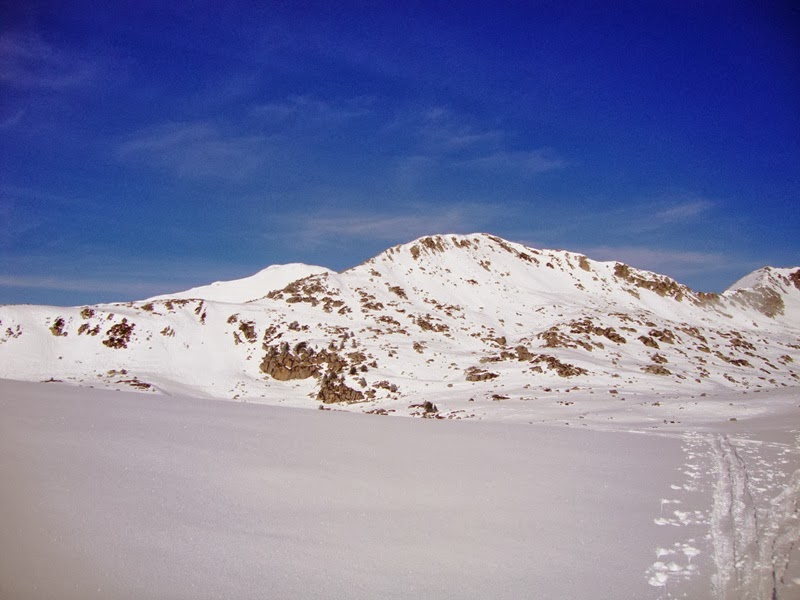 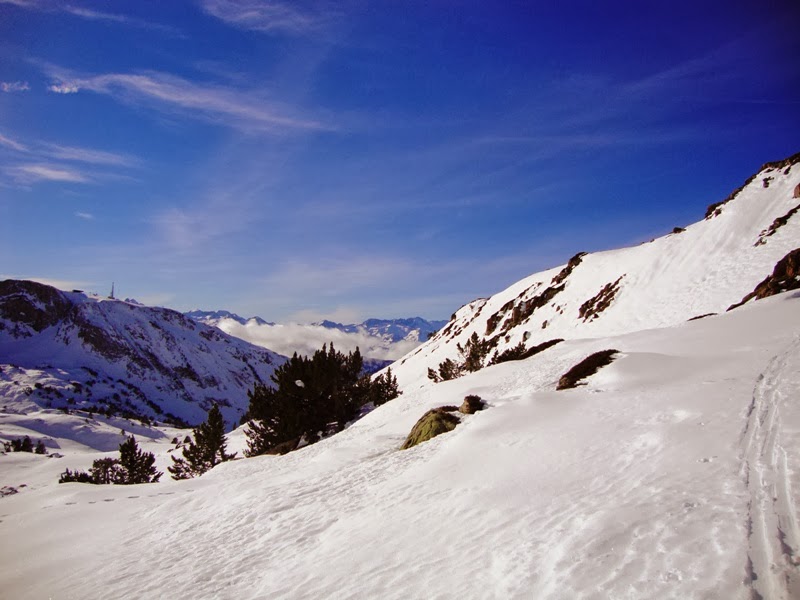 Once that part is over, it´s not nearly 200m to reach the top. 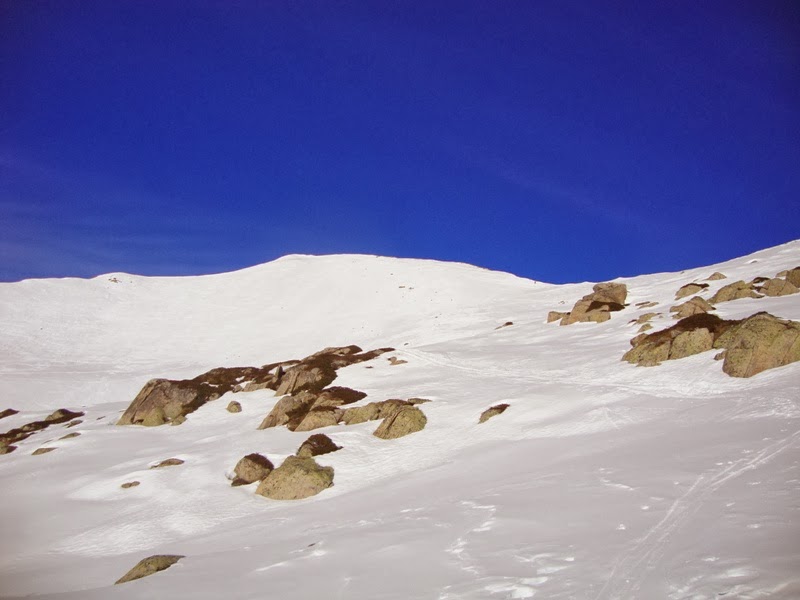 Good I didnt sleep over that morning thinking it would be foggy...Tuc de Vaciver with the beatiful Pyrenees behind me. 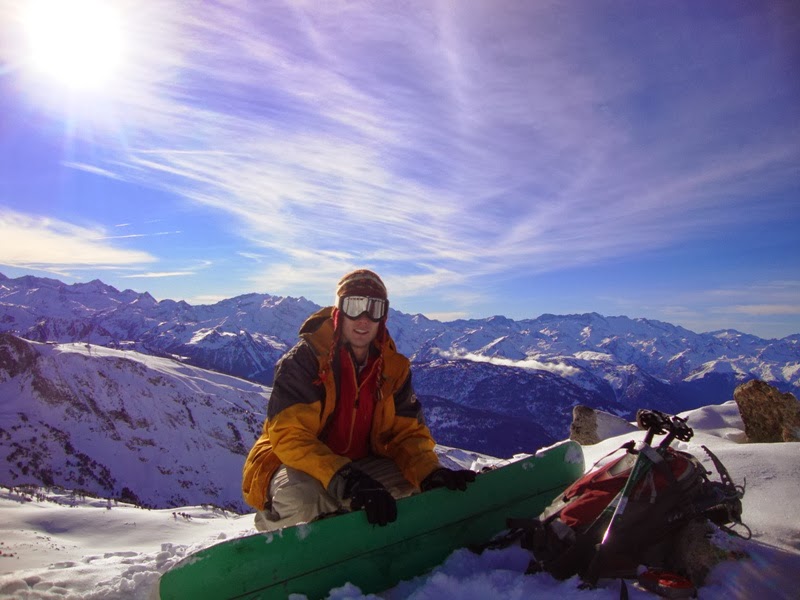 The well known Mount Valier is the white pyramidal peak at the background. It poses one of the most selected -but still acceptable- descents of the Pyrenees. 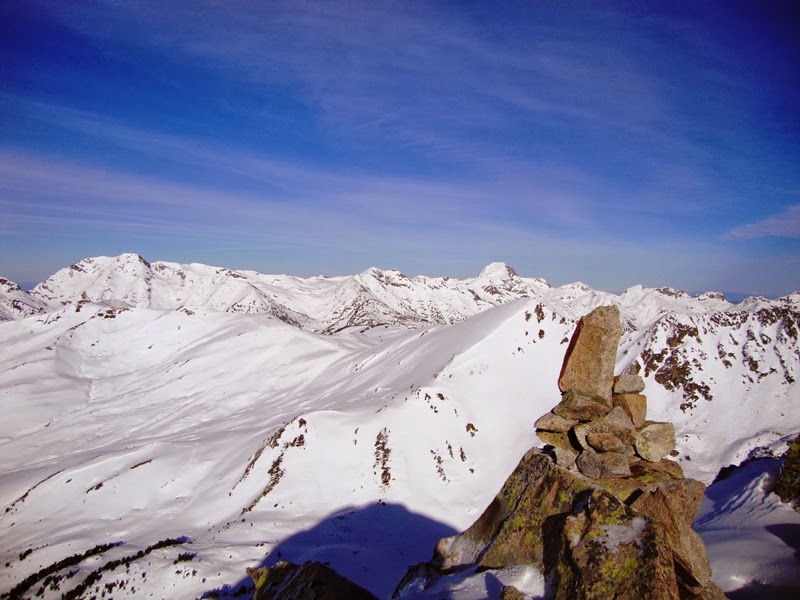 Its close to 3:30pm so there is no much time to be up here. Pics will tell....but very good descent! 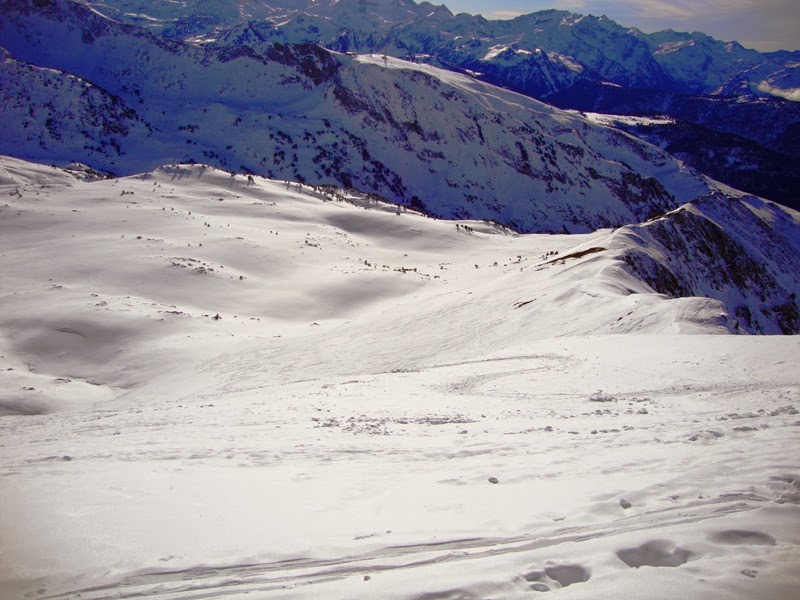 Aneto massiff from one of the great slopes of the descent... 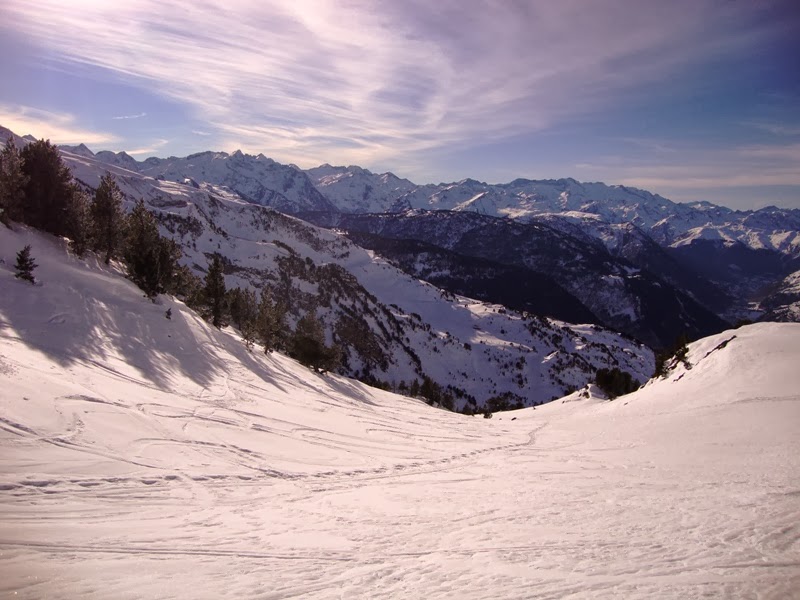 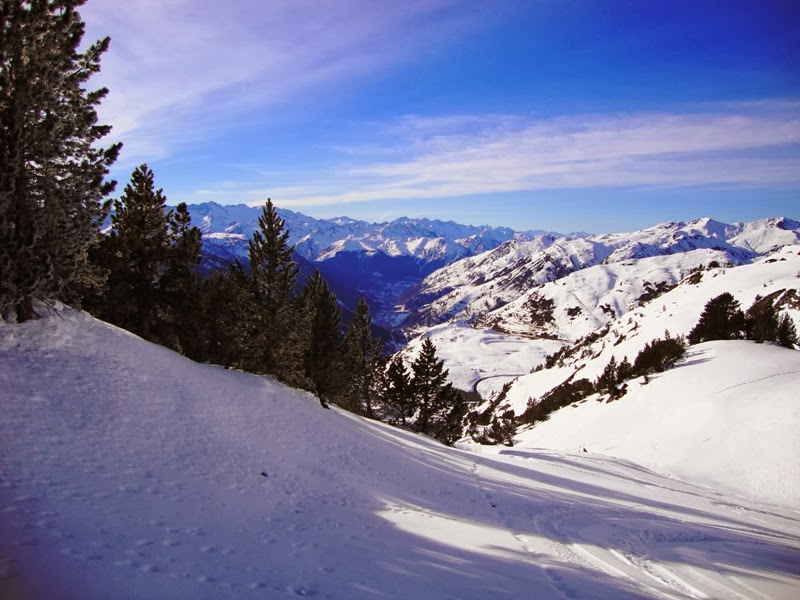 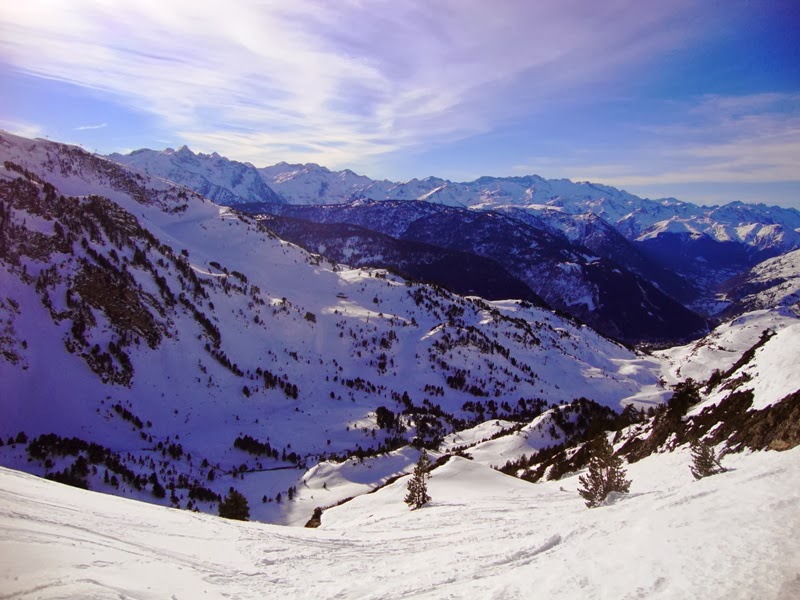 I came across with the last skier I coincided in the summit. We managed to find a way to go down to that flat ground down there, because the tracks we followed were not very clear at that point.. 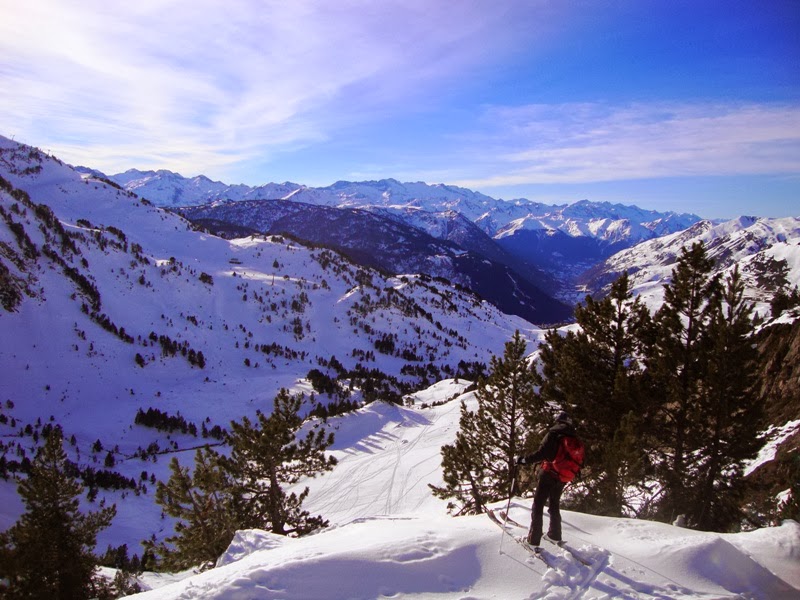 We chose correctly and found that... 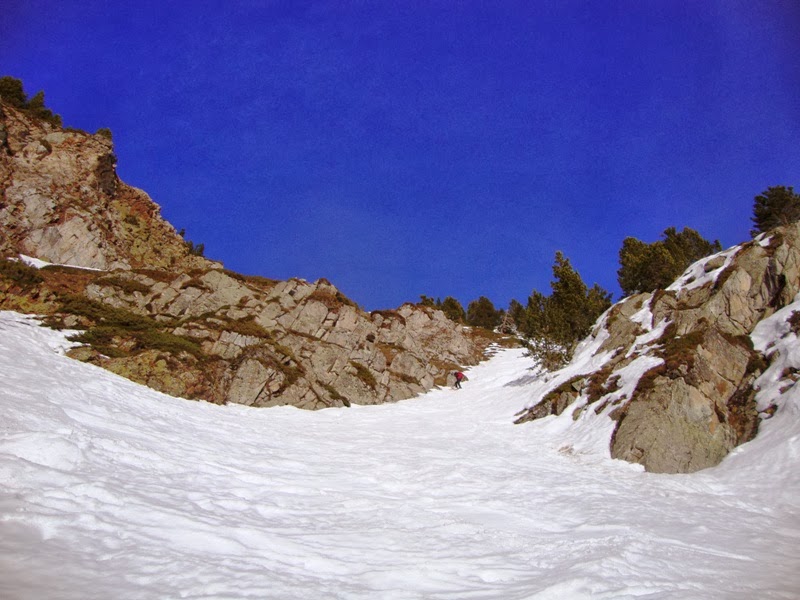 Last slope to enjoy for that time... 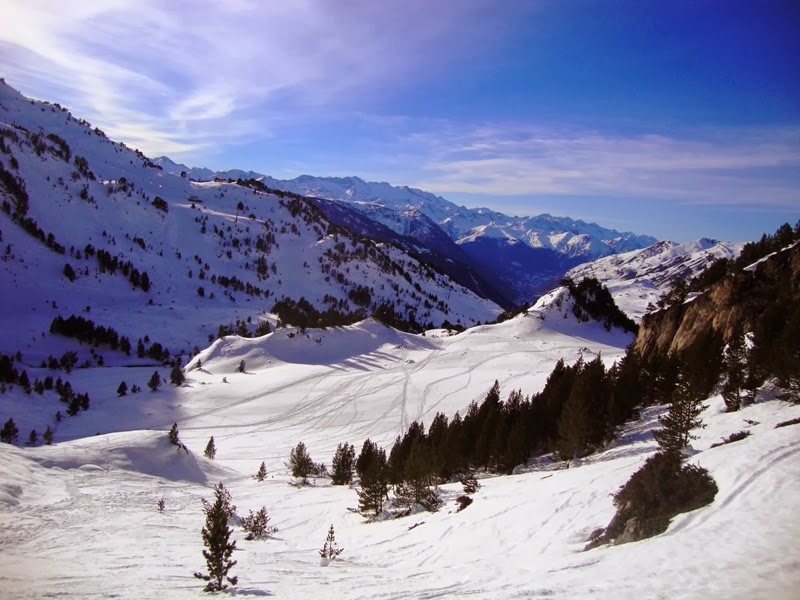 For a few hours I saw myself in the Rockies...rocky walls, frozen lakes, open pine tree forests and one of the most snowy zone of the Pyrenees. This is definetely a good place to ride!!
Publicado por Carlos No hay comentarios: