This activity belongs to a mini trip Cesar and I did to the Pyrenees in December due to the lack of snow in Asturias. Our first jump into another mountain range.

Since we havent skied that year yet we wento to a pair of ski resorts first -Formigal and Astun-, and we left one day to reach our first 3000 on snowboard. We chose Garmo Negro peak, because its long and safe descent under that snow conditions.

Having waken up early, we crossed the pine woods at nigh. We received the first lights at 1900m aprox (the departure was at 1600). That moment was peaceful. 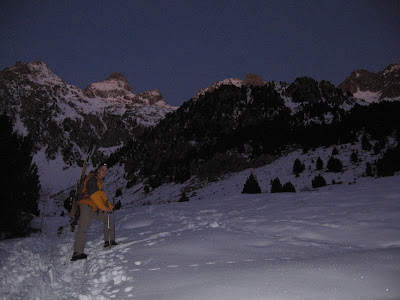 Cesar went out of the last pines. 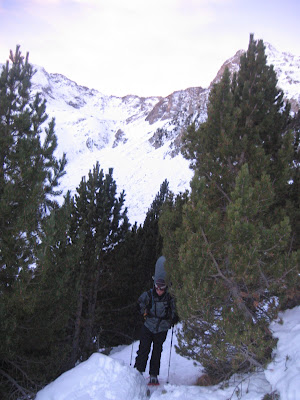 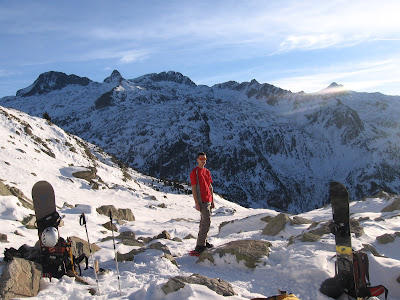 From there we could see the Algas peak in the left hand side and Garmo negro towards the other side. 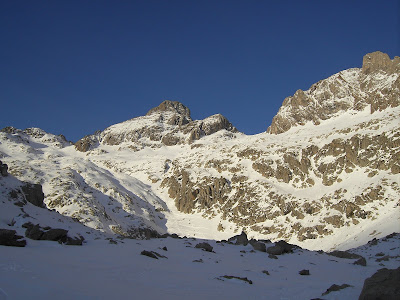 We followed the ski track of the weekend. 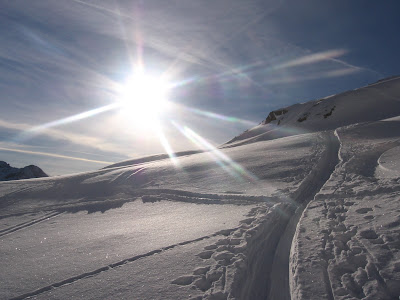 Before the summit, we are supposed to get the col at 2900m. 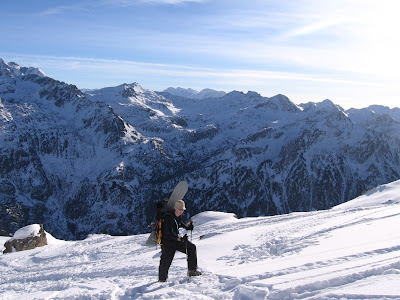 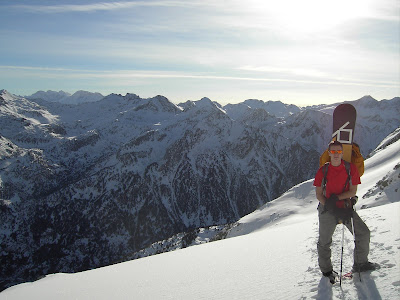 The last slope was quite hard because of the firm snow. From the summit the views were wonderful. The Pirineo is huge, we thought. 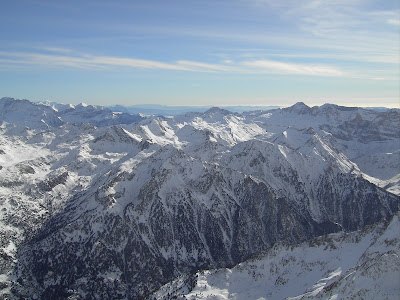 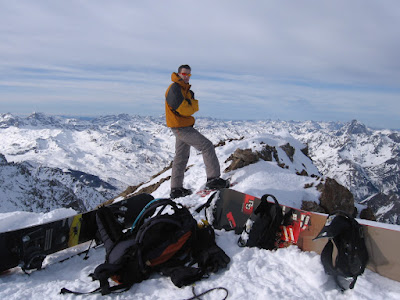 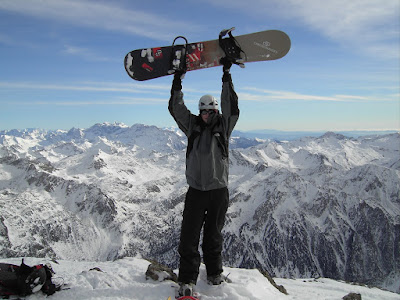 As I said before the worst part was the slope from the summit to the col. The snow was quite hard and the sloping was about 30º-35º. In spite of it, we could make turns carefully... 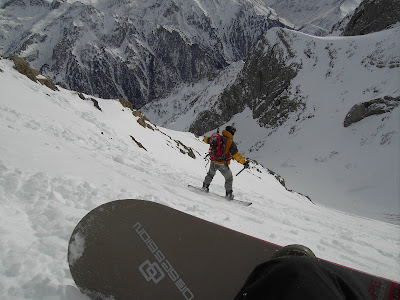 ...till the col. From there the snow was completely diferent. It let us making wide turns, although our technique on this kind of snow was pretty poor at the time. 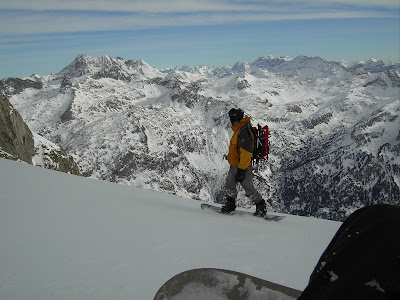 This was the refuge where we slept. 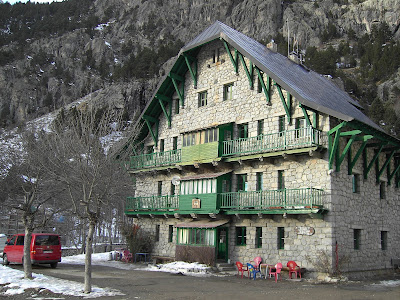 Our intention was to go to Huertos del Diablo peak, but the bad weather prevented us from going that far. However we did a faster peak in order to return at home a bit satisfied.

Going up to Rebollosas peak, we could see at the background some high peaks of Ubiña´s massiff. 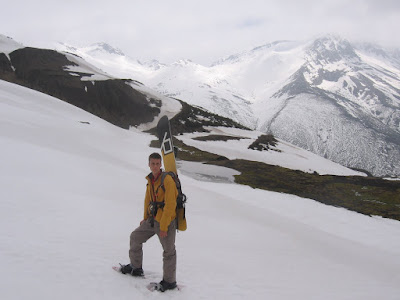 Southwards the weather didn´t get better either. 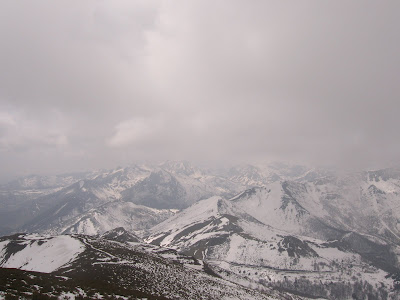 On the summit of this modest peak we could see the huge slope of Colines peak and a numberless horizon. 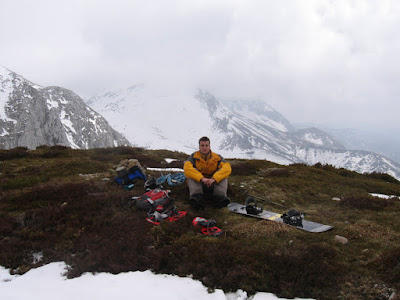 Lastly, a photo of Ferreirua peak, the highest peak in Teverga. 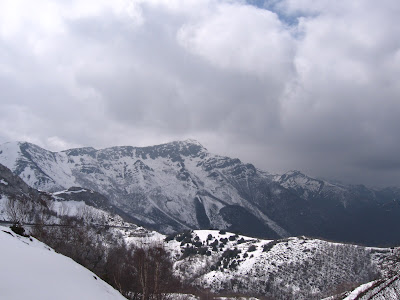 It was a hot week in May. I read on internet that there was still snow left in San Isidro. I was quite tired because of  Sun and my bad fitness. I reached the summit of Agujas peak, the highest of the place. From there, we could check the zone. I deciced to go down through Requejines because it kept more snow. 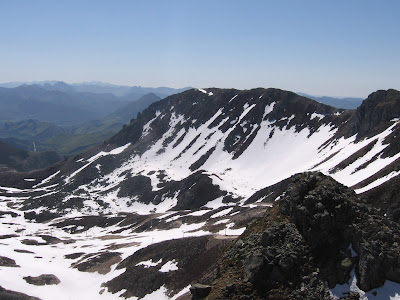 Picos de Europa at the background, an in the foreground the slopes. 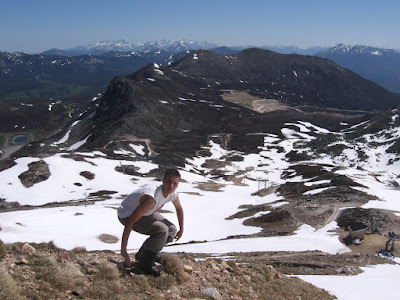 I remembered that day like something special, but with the years I realized the snow usually keeps there till the end of May. To end the day I went to the beach!
Publicado por Carlos No hay comentarios: