It´s being pretty difficult to catch good weather in the last a few weeks. Weather conditions since late January are being dominated by a western stream which brings a regular source of snowfalls and cloudy weather with short gaps of good weather. It was high time I got one of those during the weekend.

I went to Cerdanya where the good weather would last more and not always is snow-covered enough.  There are many options in this area, and I even chose one of the peaks that are more difficult to find in good conditions. 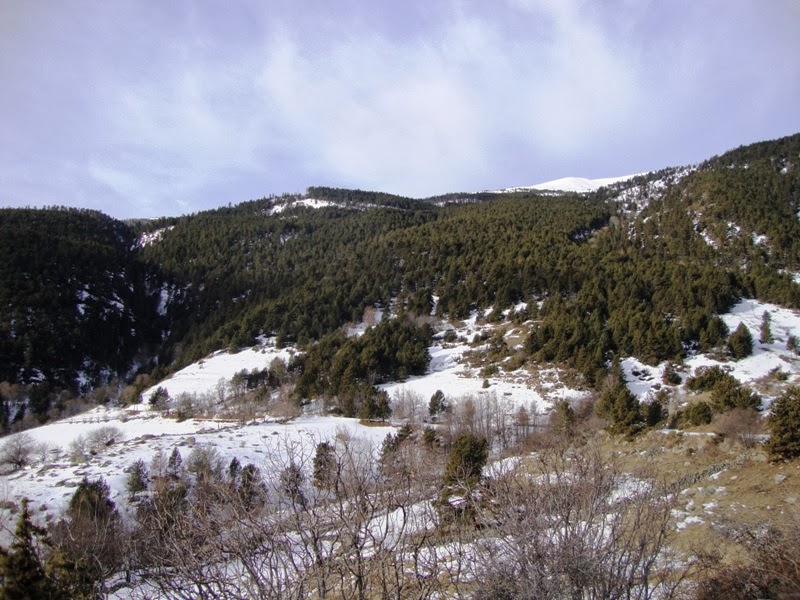 I entered the forest following the track of a group of skiers. Despite I had a map and I have read what the book says about this peak, big forests always pose a challenge. Getting lost is an option, but what it´s more common and equally undesirable is failing to take a good way to go through it. Basically, it´s good there were people ahead of me. 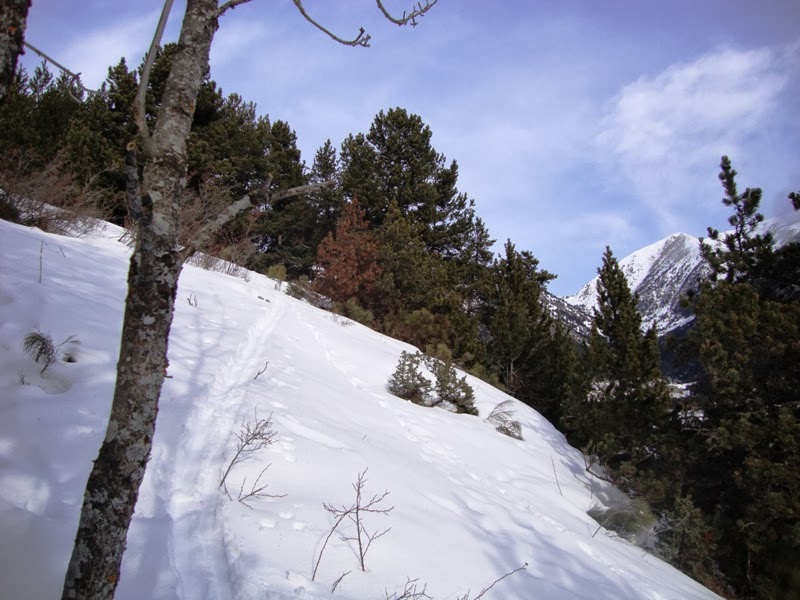 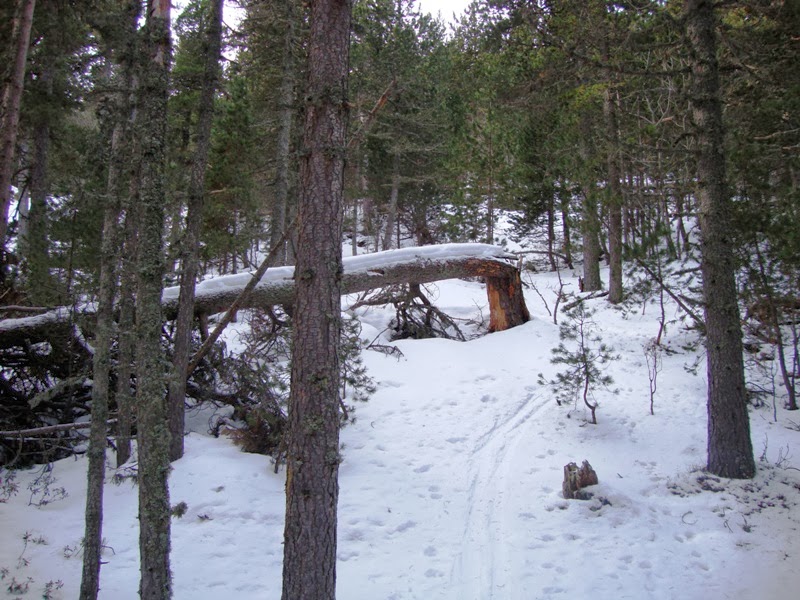 I enjoyed a good time in solitude until I caught them. Since the weather was changing faster than I thought, I prefered to join them. 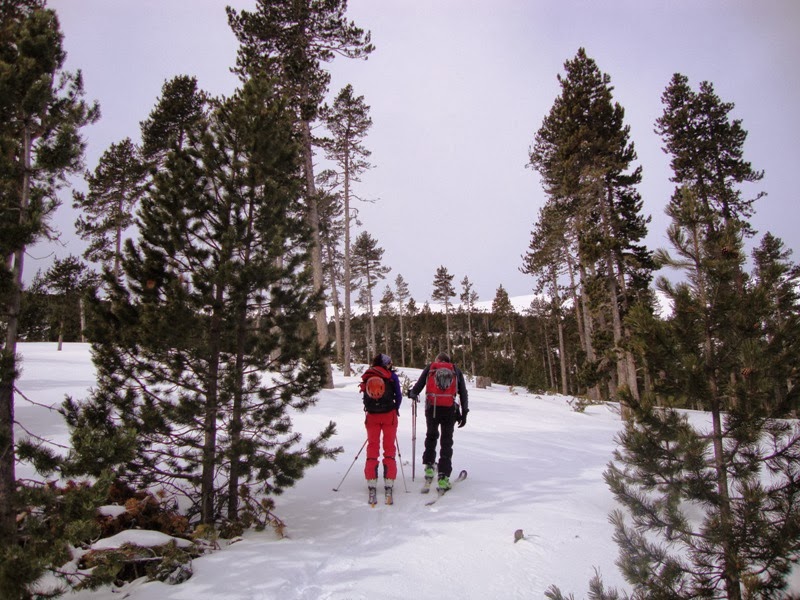 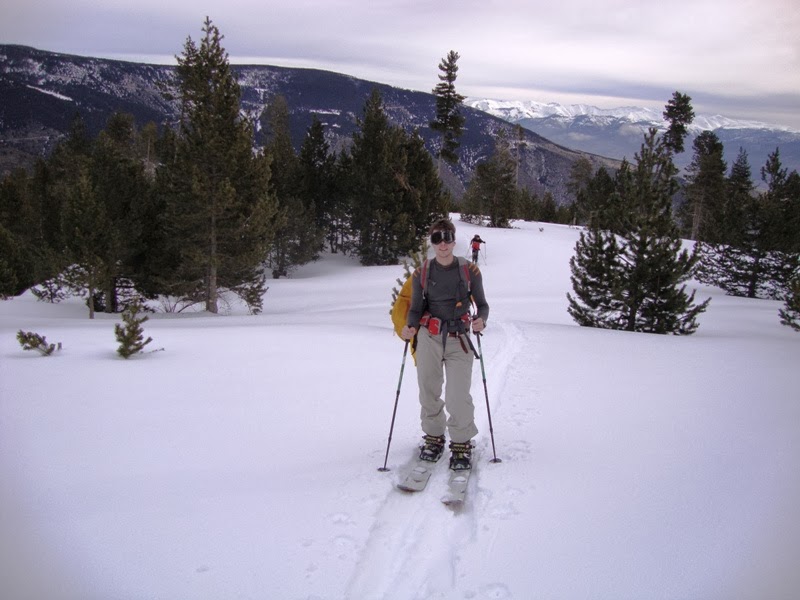 In the higher part of the forest the snow pack increased notoriously. The kind of pine trees here are different from those in Aran. The woods also usually reach higher than elsewhere in the Pyrinees due to a sunnier weather. 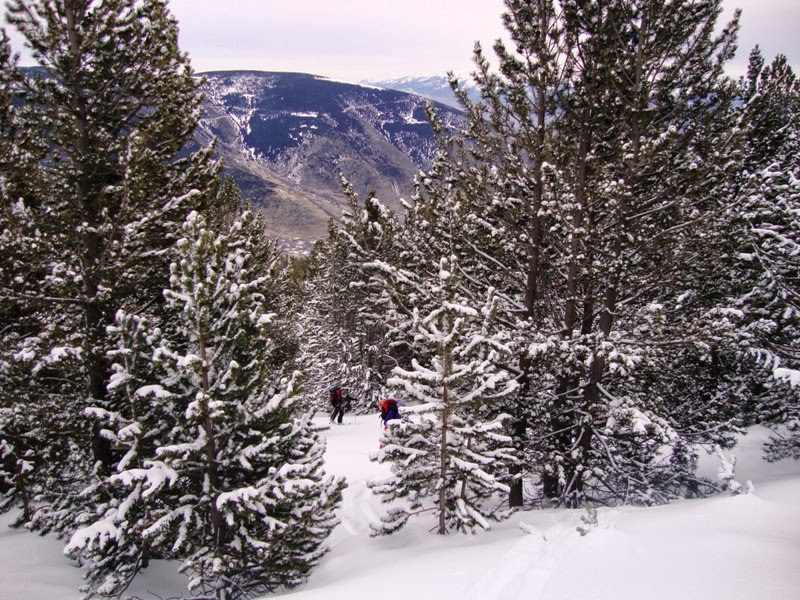 The big flat of Cerdanya and Puigmal-Bastiments at the background. 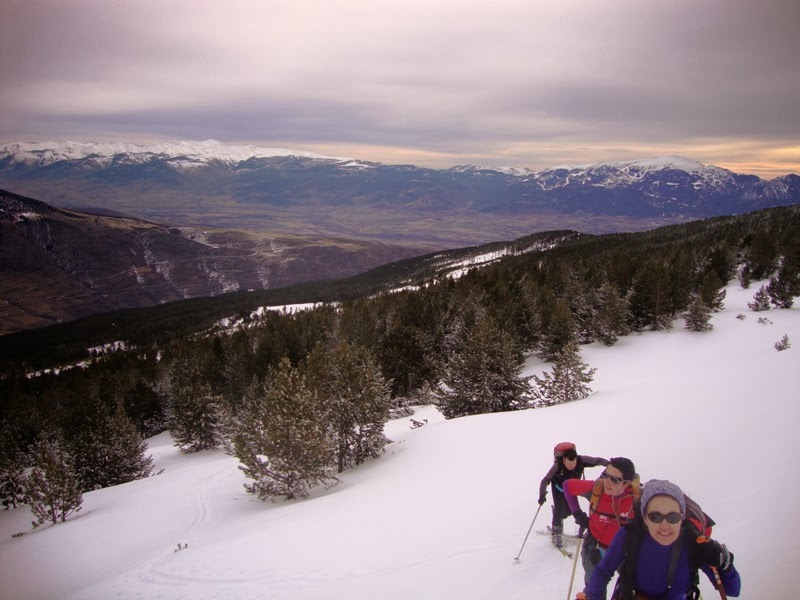 At that time I was fearing the gap of good weather stopped me from reaching the summit. The group gave up remaining 100m to the summit. Seeing three people in the summit cheered me up to keep on alone. 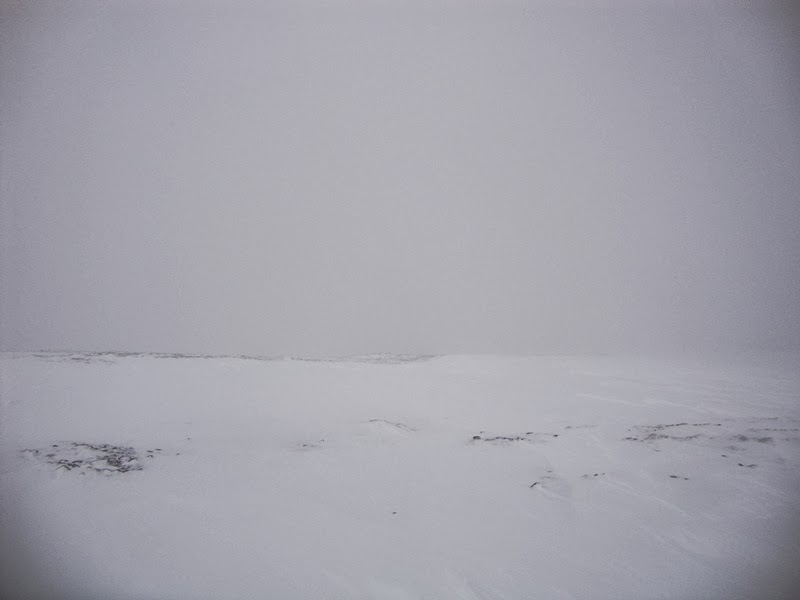 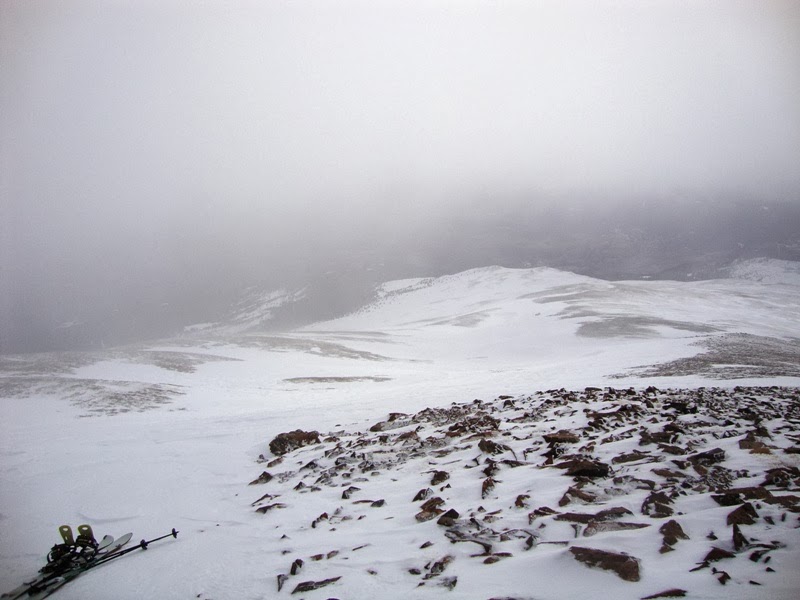 The fog was sticked in the summits and spines so some meters down was good. I caught the group again. 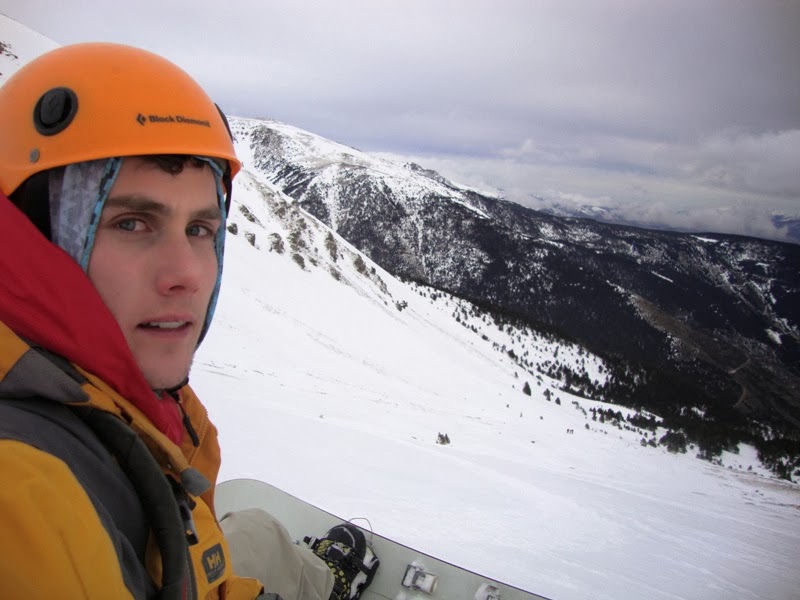 Not bad snow up, and far good snow in the forest where I enjoyed some powder...so good in average given the place. 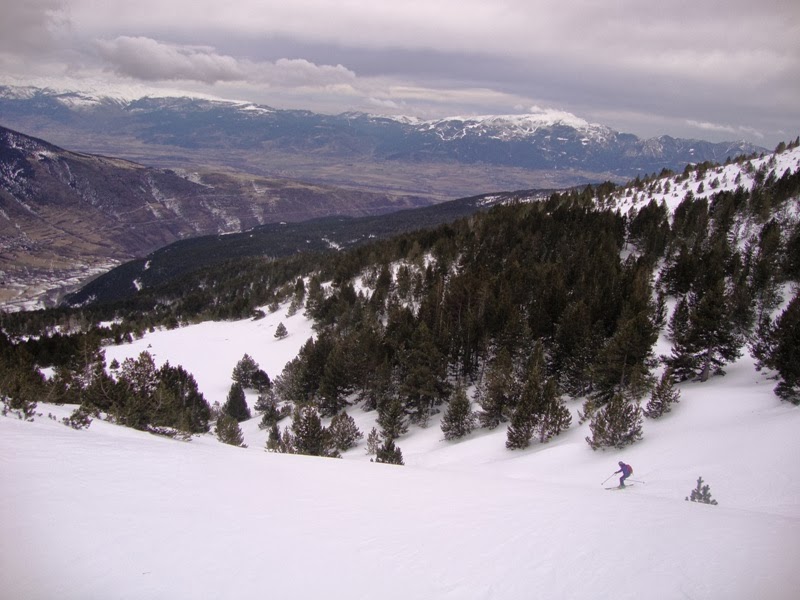 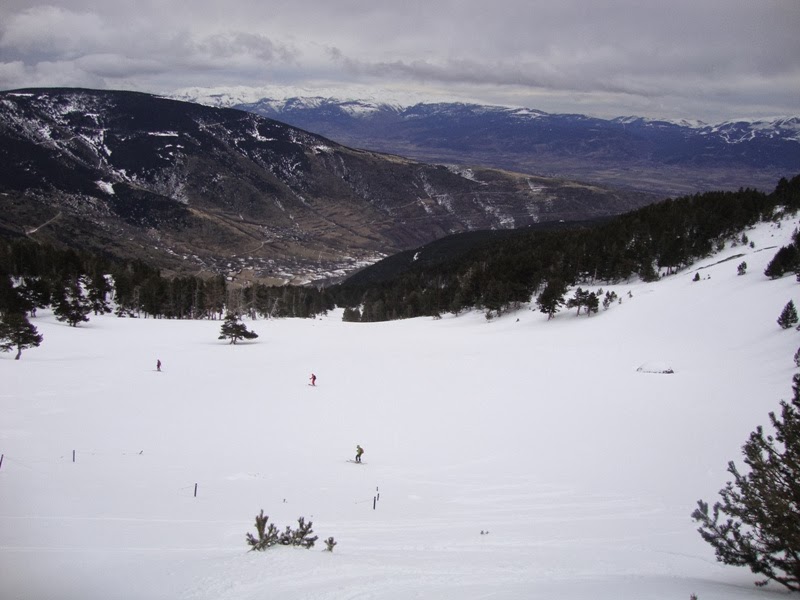 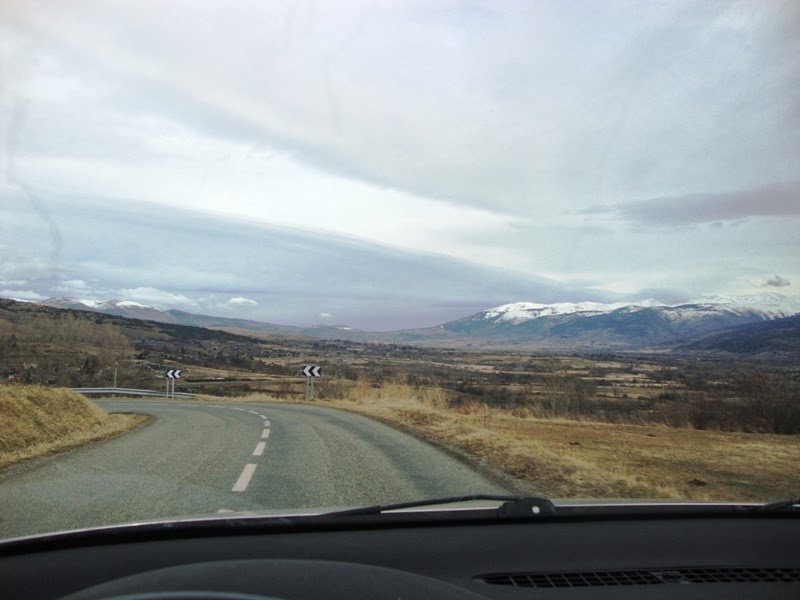 Hope this pattern stops and I then have time to rape the benefits of all this amount of snow.
Publicado por Carlos No hay comentarios: