It seems winter is finally on so we met for first time this season to ski. We had some doubts about where to go. We wanted to take good snow rather than anyother thing. Given that, we went to Vegarada where there are several peaks over 2000m and different faces.
We realiased that the best snow were on the east faces. We climbed two peaks: Jeje and Nogales. Both they were descended through their east faces.
Going up towards Jeje. 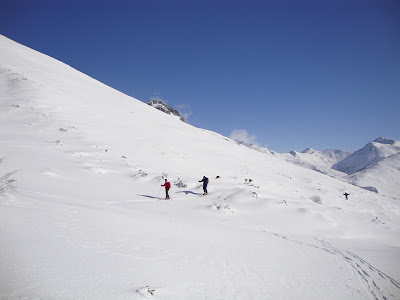 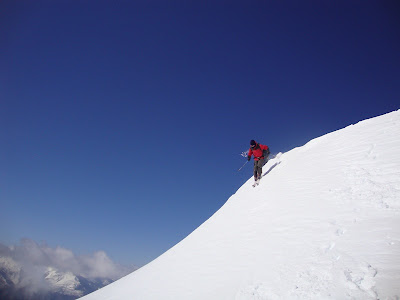 Quite good snow in the entire descent. 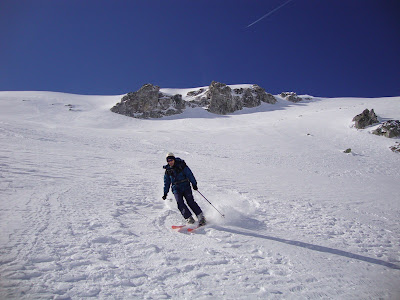 We stopped at around 1650m and put the track skins on again to climb Nogales peak.
At the background Jeje peak and the line of descent from the summit. 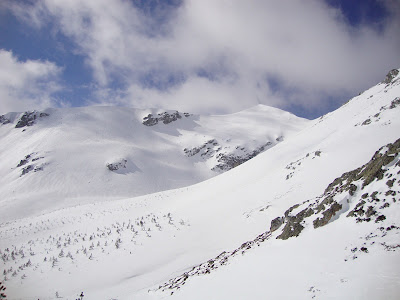 Some pine trees while we were going up. 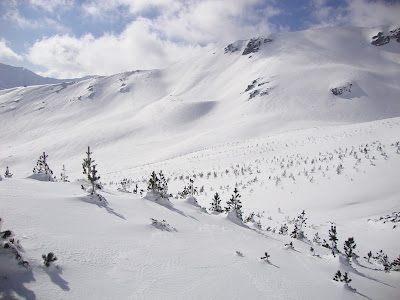 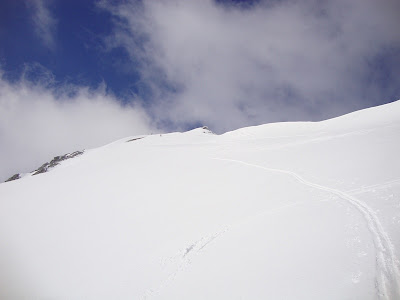 It turned out the best choice we could have made. It´s true that we didnt find deep snow, but on the other hand we really skied good snow after all. 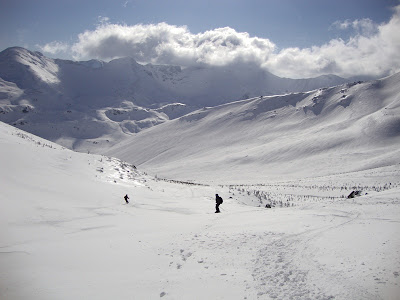 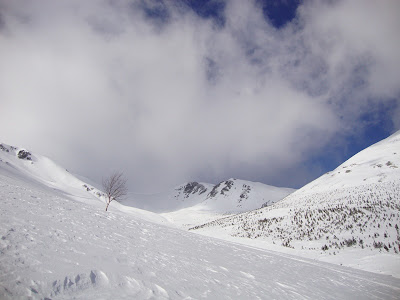 It will be snowing the next three days again!
Publicado por Carlos No hay comentarios:

We have been waiting for this snow since Nevember. Our mountains have received a great amount of snow last week, after an exceptional mild and dry Autumn and early Winter. We have been taken aback with such heavy snowfalls.
Anyway, glad you came. Yesterday we had powder! Incredible conditions after such an terrible winter! Hope everything changes now ahead! 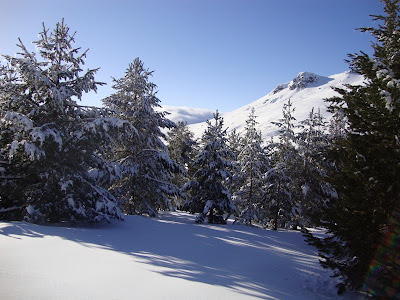 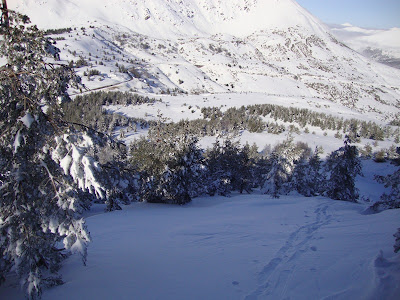 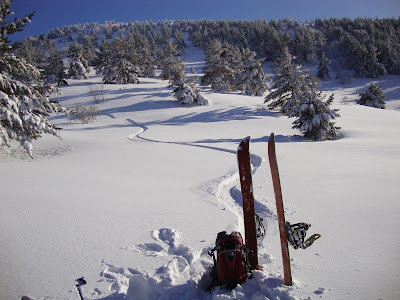 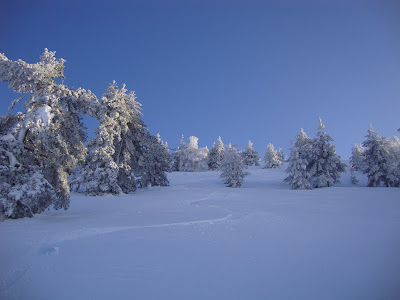 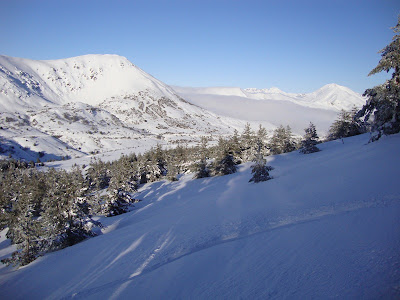 We had planed to take some shoots at the Moon, but it was unsuccesful! :( 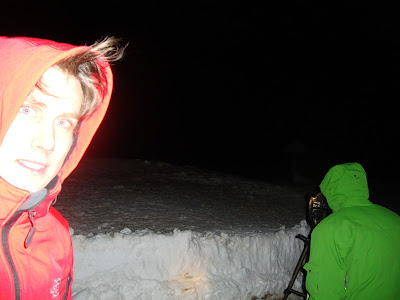 Anyone coming next time?!
Publicado por Carlos No hay comentarios: