It was my first day of snowboarding in Picos de Europa and first time I took the snowboard to the mountains! Since I was a child I like mountains and any terrain that can be adventureous. For me taking the snowboard away from a ski resort represented a big step and my determination to discover a new side of adventure: riding mountains.

In spite of going early, the parking of Jito de Escarandi was completely full. We hardly could park. It was foggy when we arrived. The first half hour we were pretty disappointed because of the lack of visibility.

Some time later, the fog disappeared and Sun shone all the day. Ahead of us, we had some hours to reach our goal. 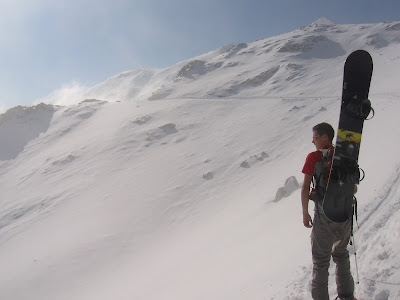 Diego with Pica del Macondiu at the background. 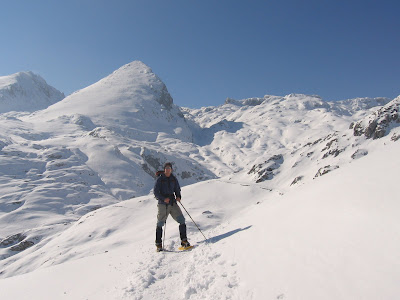 Once we got the  Trasmacondiu coll, we could look at the summit of Samelar peak and the slope where we would descend. 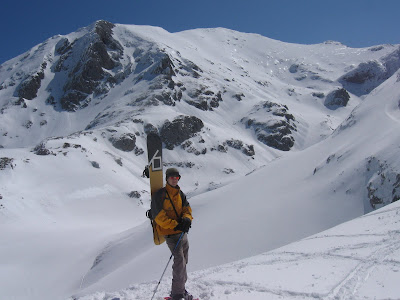 The following three photos were from Samelar´s summit. 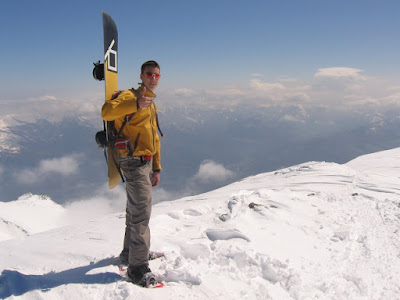 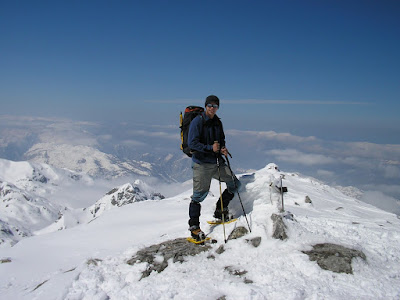 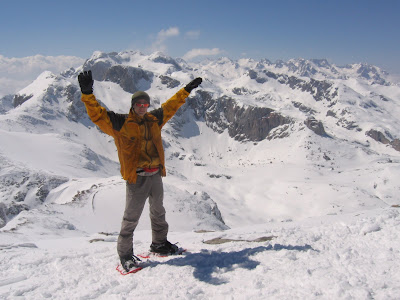 The descent was quite difficult in some parts due to my inexperience of riding totally off-piste. Anyway, It was an exhilarating experience! I was snowboarding in Picos de Europe -unknown and misterious terrain for me in Winter-.
Publicado por Carlos No hay comentarios: