It´s a classical activity to end the "winter" season. The cableway makes the ascent easy. The top of the lift is at 1900m. The covered snow is generally near to the top station in June and there are some slopes big enough to be skied.

I looked forward to going there. Snowboarding in June was something quite weird for me. I ´m used to stopping skiing in April, when the ski resorts close down its season.

Finally, I was successful. Marina, Chema and I went to Fuente De. The clouds always threatened our day. 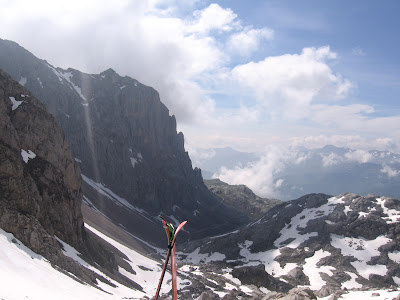 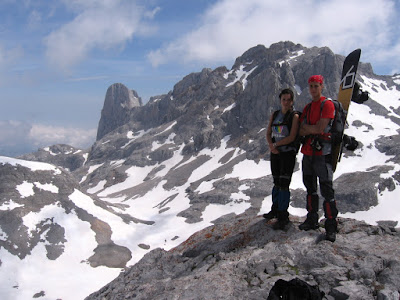 Me with Torre Blanca and LLambrion. 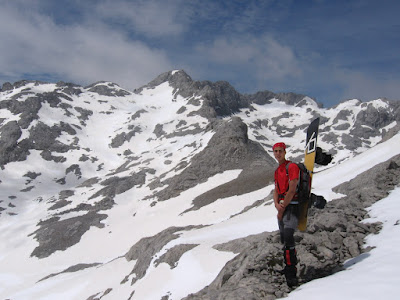 Us on the summit. 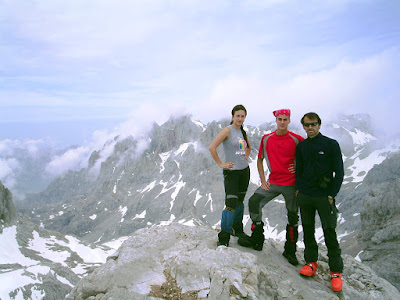 Poor photo, but there is only one pic of the descent. 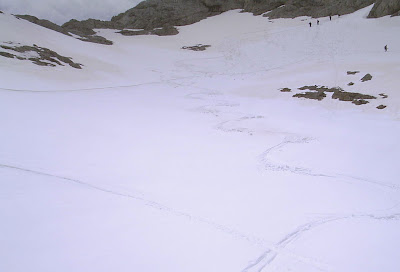 That activity was my last day of snowboarding in 2007. With just a pair of activities that year, 2007 was the beggining of my passion for this sport.
Publicado por Carlos No hay comentarios: