Doing a day ski trip from Genova is possible but just with motivation. This area of the Simplon pass, together with Monte Rosa, is actually the nearest "big" Alps from Genova. It is a highway straight north that in 250-280km takes you to any of those areas. So I decided to go to the Simplon pass on the last Sunday of January. I left at 5am, and was a bit before 8am at the pass, already in Switzerland.

I was in this area back in 2011, but never really do a big skialp here. It is an area full of possibilities. It is been weeks it does not really snow, so the snowpack is hard and eroded by the wind. Definitely far from being a good snow for the splitboard. So I chose the Breithorn, which would at least offer me a bit of physical effort (+1500m) and a good atmosphere, given its height.

The day was promising, i was so early there that I even caught the sunrise. 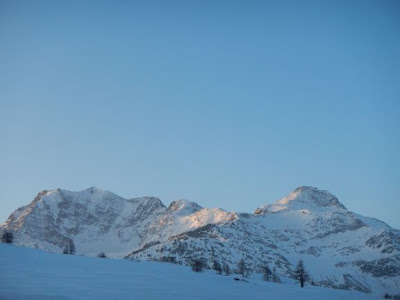 The goal is up there. i must say that the 2/3 of the ascent are a bit boring. I was in the share and just rocks. 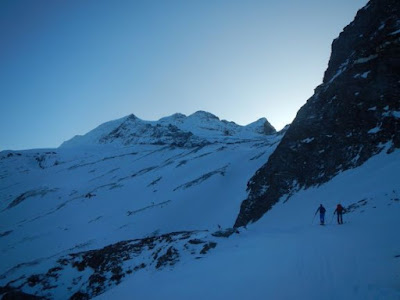 The car is behind that mountain. the photo was taken at around 3200, already over the glacier (well covered at this time of the year). This is the most beautiful part of the itinerary. At the background you can see the whole Valais valley and some clouds coming toward me. 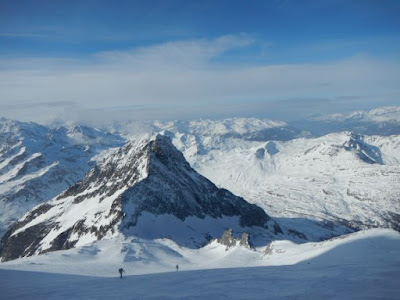 Short after reaching the coll I made it to the summit. on foot. It was really cold, roughly -14°C. Unfortunately, the medium altitude clouds that i knew they could perhaps come...were definely here. They screwed the good 360°... 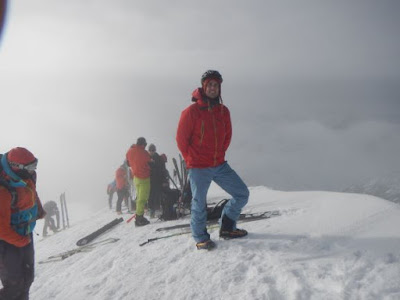 On the way down weather was getting worse. What a nice descent would have been with the sunny morning! I tried to make it as fast as possible. Last thing I wanted was the clouds to come a bit lower and lose references to navigate up there. 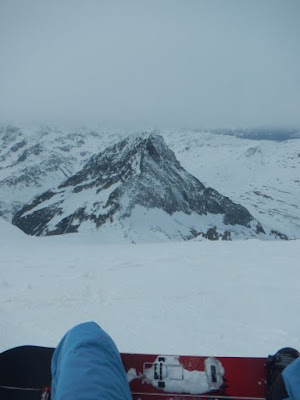 Approaching the pass, weather was getting a bit nicer. 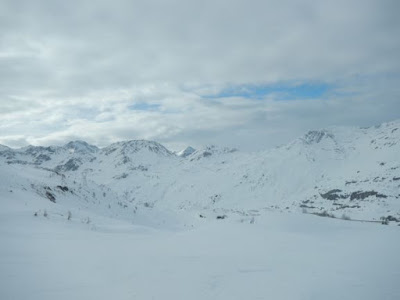 Nice day up there. Monte Leone is another option which shares 90% of the tour, I might try it with better snow.

A 2 days ski trip to this part of the Grissoni. I was never here in the Bernina massif before. The debut could not be better. I chose this 3000m, which is a classic of the area. it offers stunning views of the Piz Bernina and the valley.

I left the car at Morterasch and follow the well marked track. In the forest the snow was still powder. 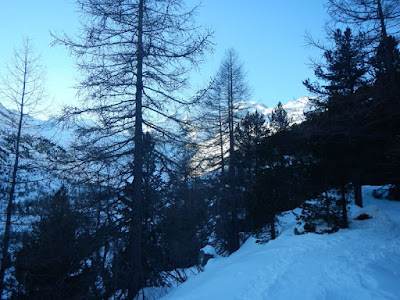 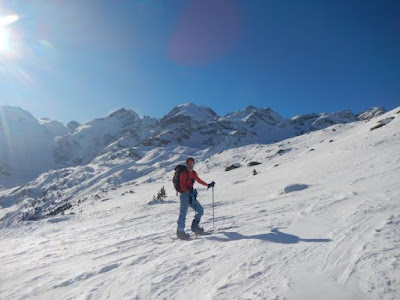 Last steep slopes to the summit, facing the south, and offering in the descent a bit of spring snow. 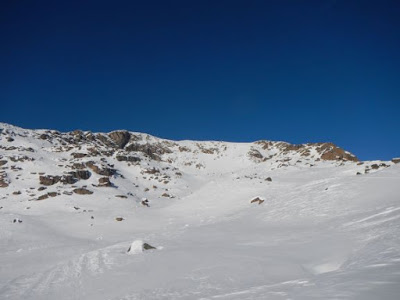 Valley of St. Moritz from the summit. 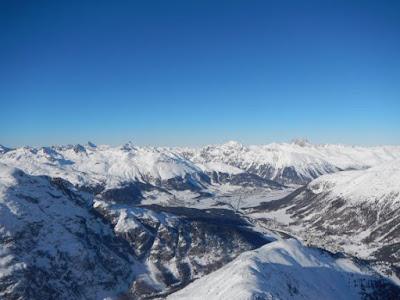 Steepest part of the descent for the summit. Luckily the snow was not too hard, and reasonably good for the split. 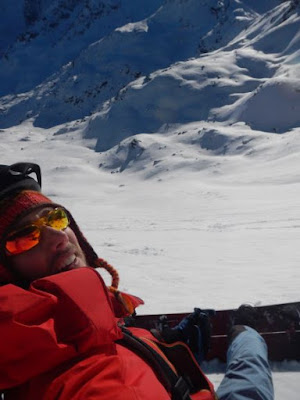 The same part and the summit, seeing from below. 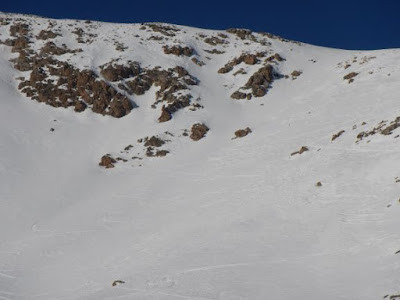 The views were wonderful during the whole descent. 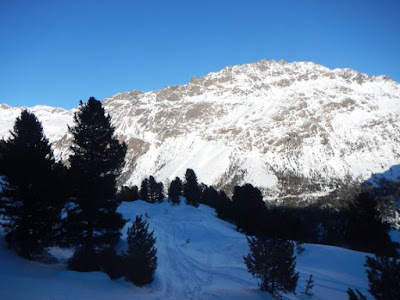 And back to the car, sith stunning views from the Piz Bernina and Piz Palu. Around +1300m, great weather, quite good snow, and wonderful views….fantastic debut for 2020! 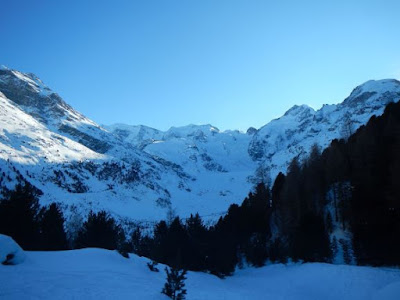 The day after I went the Diavolezza ski resto and then drove back to Genova. Driving is also a pleasure up here! 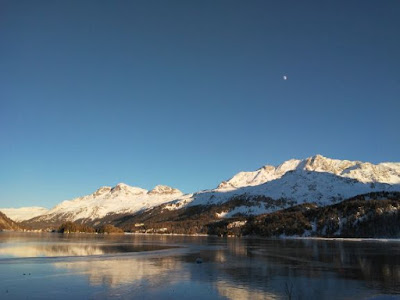