Sicily turned out a fantastic trip! We got around the island with the car and scooter...so funny!

Once in Torino again, the weather was stormy and mostly cloudy all the time. Just on Sunday the weather was going to be more and less nice. The best was that the previous days had snowed a bit due to some storms.

Claudio phoned me, and I decided to take advantage of such wonderful conditions. We hiked up to the refuge on Saturday. I was freaking out...the path was without snow untill the refuge that takes place at 2750m! 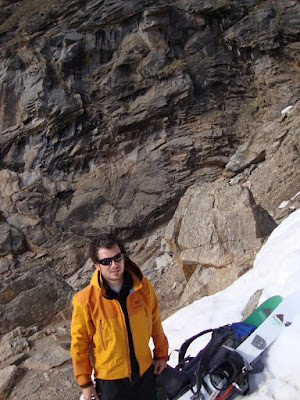 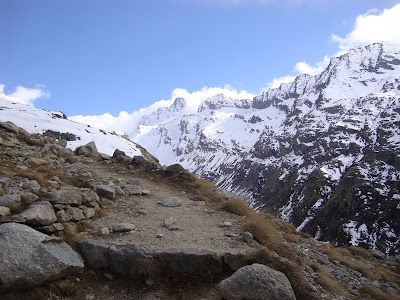 Suddenly it started to snow...just a little bit. It was funny. It was snowing but at the same time the Sun was shinning, so it wasn´t cold. 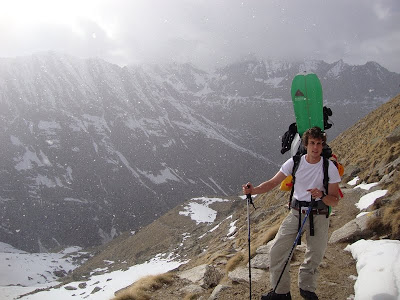 A pic from the refuge at the Sunset with some clouds. On Sunday we woke up even before than in Swizertland....I don´t know the reason but everybody was leaving at five in the morning...Anyway we wope up at 6am, it was soon enough. 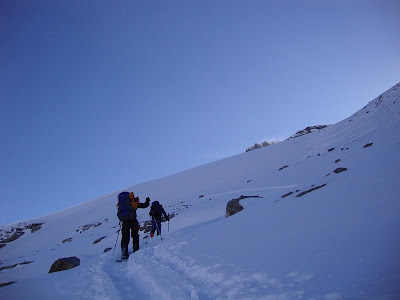 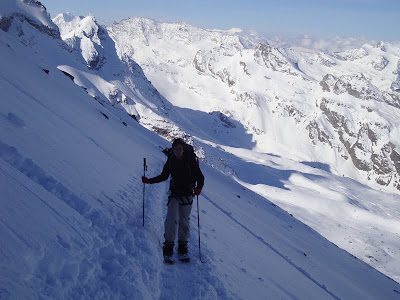 The glaciar, maybe one of the best place of the ascent. 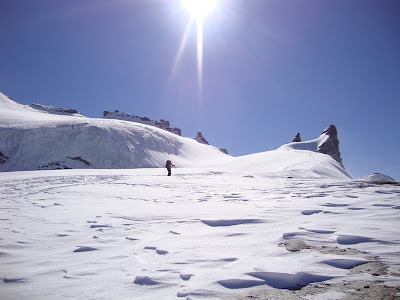 We were almost on the "ski summit". The view from there is awesome...We are like 400m over the highest summits of La Vanoise, the feeling looks like we are in the top of everything. 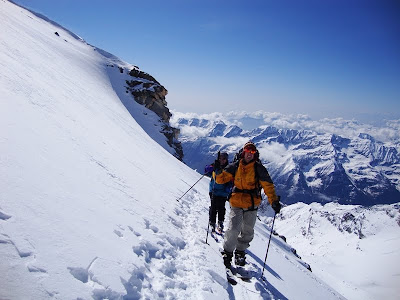 Claudio and two french people we met in the refuge stopped there. The ridge to the real summit is exposed and crampons and piolet were required for everyone, at least in those conditions. 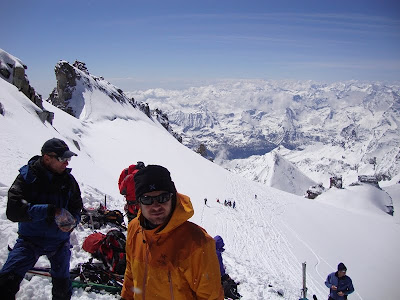 As you can se the ridge is difficult. I don´t know why is considered an easy 4000m...maybe just coming until the "ski summit" or in summer without snow and ice. 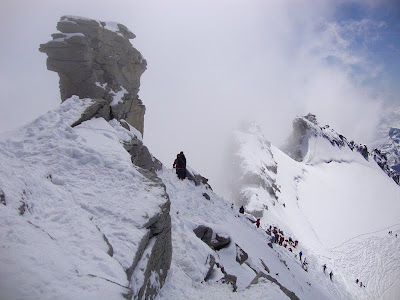 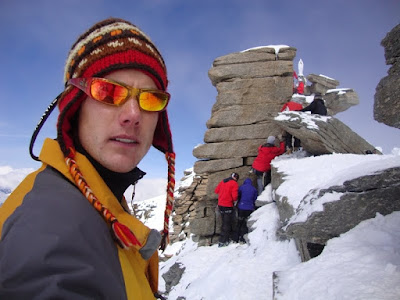 I arrived at some point where a rope and other alpine gear that I didn´t have was required. It was a pity, cos I was almost there but alone and withoug equipment I decided to give me up.

I turned over my steps and carefully I went down the ridge. 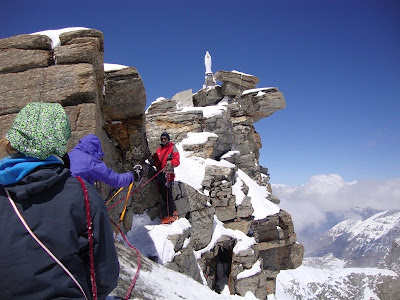 Once I got the adrenaline going I set up my splitboard. The descent has been done on my own. Claudio left while I was climbing the ridge. Some clouds were coming..

The descent was awesome....I was pretty lucky to take this kind of snow in May. The slopes are pretty funny. They are wide and sloping enough.

The scenary is incredible speacilly in the highest part. 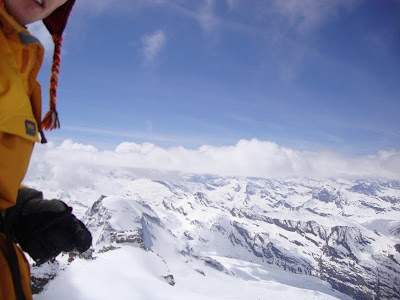 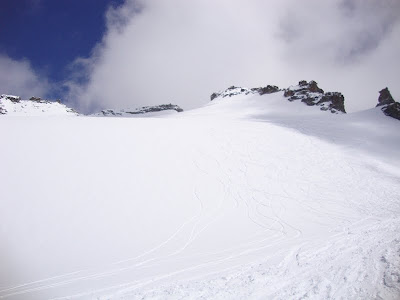 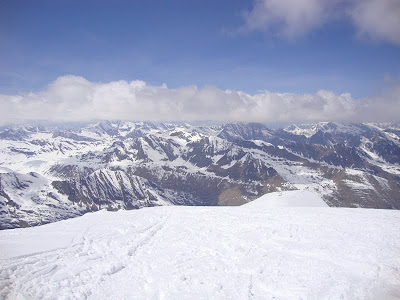 Floating again... I almost forgot what it means... 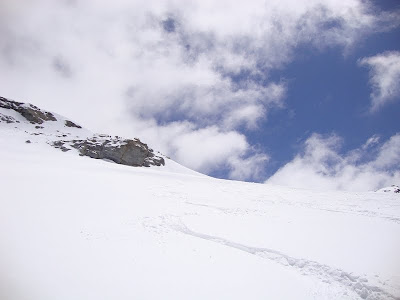 So I went down the snow changed into spring snow, but that one enjoyable. It means firm and regular, but at the same time soft. 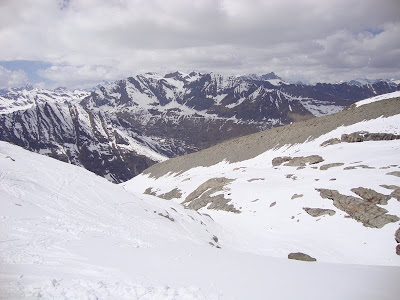 After eating something in the refuge, we followed two skiers. Of this way, we could achieve the 2350m quote with the snow.

A really good descent taking into account this times! 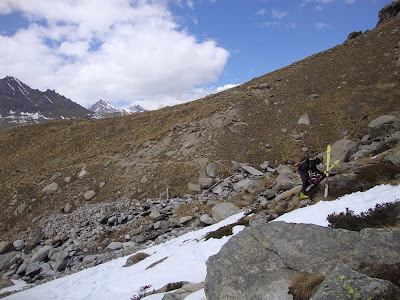 Later we took the path untill the car to end maybe my mast 4000 of this year. Anyway there are a large number of 3000 that I wanna go. I also have to take a look of Castore and Polluce. If it´s worthly and the conditions are with us, we may go there as well.