For a sunny Monday I chose Val Troncea. The aim for today was to enjoy the slopes of this technical easy mountain. I started in Pattemouche at 1600m still in the shade.

From the beginning one of the several 3000´s of the valley can be seen. The Morefreddo is settled on the other side of the valley. 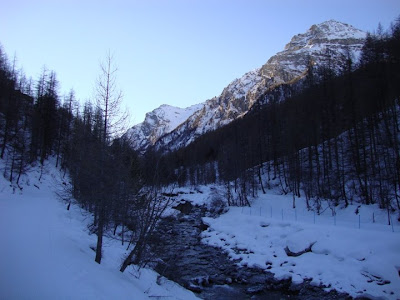 There is a gap of 600m between the following and the previous pic. At 2200 the forest clears up and the slopes are very attractive. 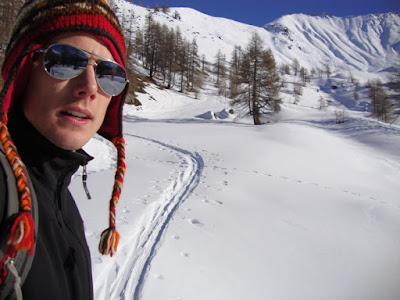 I followed a skiprint among the last trees of the woods. The final slopes to the summit were nearby. 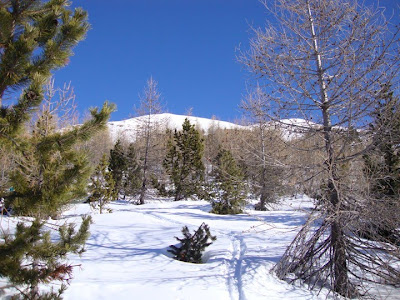 Finally I got the top. Just for commenting, Today was the first time in 2 years in going beyond of the quote of 2650m of Torre Cerredo.

Morefreddo at 2769m with a wide views of the Alps westwards. 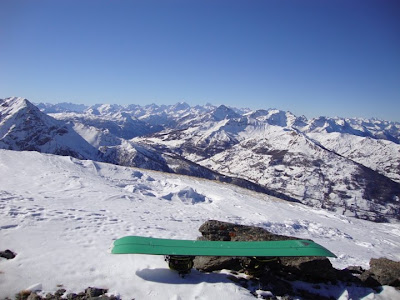 I made a mistake...I followed another sprints for the descent. I could not see another sprint of descending over the good slopes I had seen in the ascent. The result was a mediocre descent with just specific parts in good conditions. 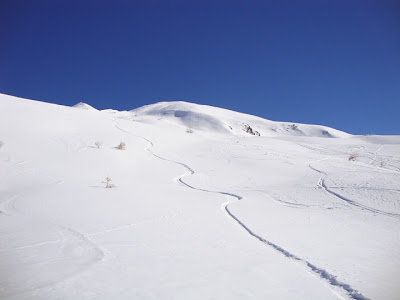 I keep on warming up with the splitboard. Today was the record with 1200m of vertical ascent. I hope the quality of snow gets better nextly, and there were sunny days to enjoy it!
Publicado por Carlos No hay comentarios:

After going twice to warm up with the splitboard, the last Monday was the first day in reaching a summit and having a clear descent. We drove to a small village called Pragelato about 80km from Torino.

Carlos went out of the woods. 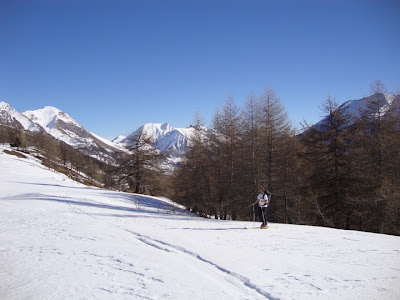 Carlos and the wide "triangle" of monte Pelvo or Francous Pelouxe. I´m planning to go there in the next weeks...a really fast and sloping slope! 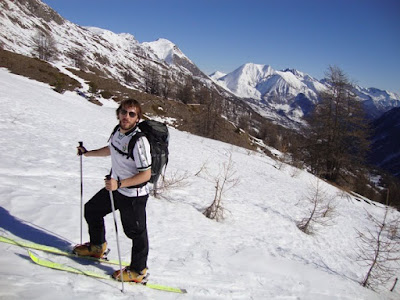 The summit is the geografical boundier between Val Chisone and Val di Susa. I did not take pictures with mi camera from the summit.
Just ten meters below the summit we prepared the stuffs. 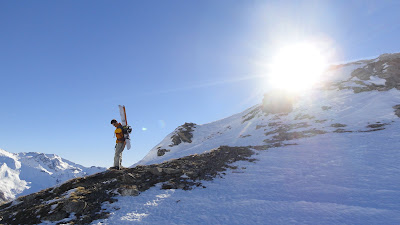 In spite of those warms days the amount of snow was big enough, although the quality was not very good especially in this south face. Anyway just in this cornice I could take something similar to "farinosa". 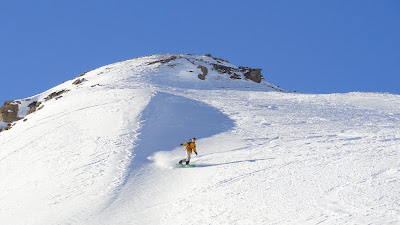 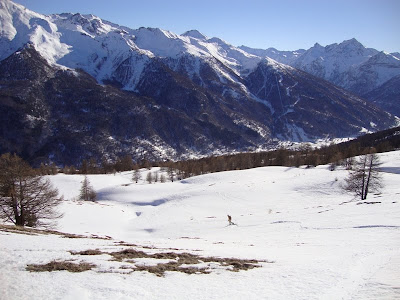 Before I wasted some sunny days in studying an exam that I had on Thursday....and got cultural weekend in Venice! In the following days more...if the weather lets me set out some trip!
Publicado por Carlos 1 comentario:

Everything went on the bad way...We had just arrived in Torino and the hostel phoned me saying that we did not have room and later phoned off..., furthermore my friend got ill. A couple of hours we did not have plan for the following days. We ended up booking by internet one night in Brig in Swizertland.

In the morning of 31 we did the 240km that separate Torino and Brig through Paso del Sempione. We spent 4h in the resort: Blatten-Belalp.

The following day I woke up ill as well, with 38.8ºC. I never get ill...Anyway, we had to make the most of the trip and we stopped in the pass to rise some easy and fast peak. We finally chose the Staldhorn. 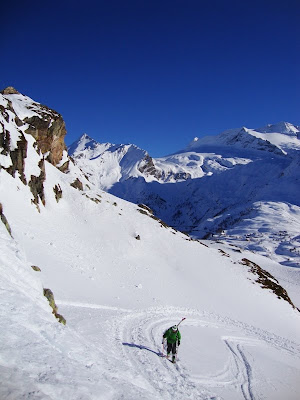 Me on the summit with Brig in the bottom part and Cervino in the middle of the pic. 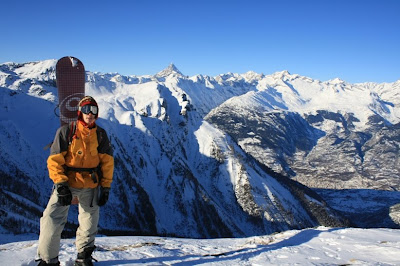 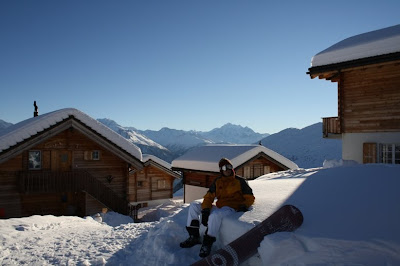